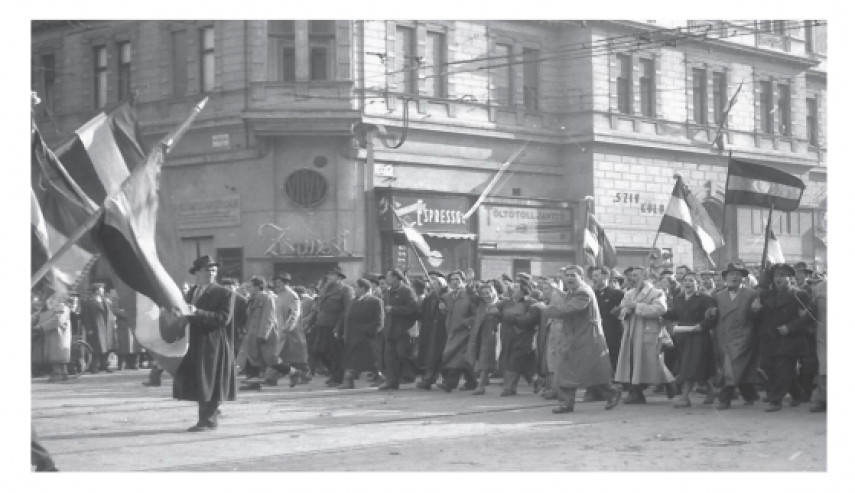 In 2016, several events dedicated to the commemoration of the 1956 Hungarian Revolution and Freedom Fight 60th Anniversary took place in Hungary. To commemorate events of 1956, the House of Terror Museum of Budapest created the exhibition "For Freedom and Independence" which is now displayed in the windows of the National Archives of Latvia, Skunu street 11.

The Revolution and Freedom Fight of 1956 of shook the world. It wrecked the regime established by the great powers after World War II and unveiled the cruel reality of the Soviet-type terror apparatus. Once and for all, the world woke up from the illusions of communism. In October 1956 the Hungarian nation proved that it was capable of taking control of its own destiny.

The 1956 events in Hungary are illustrated with help of fragments of diaries written by young people, press publications, as well as photos from those times.