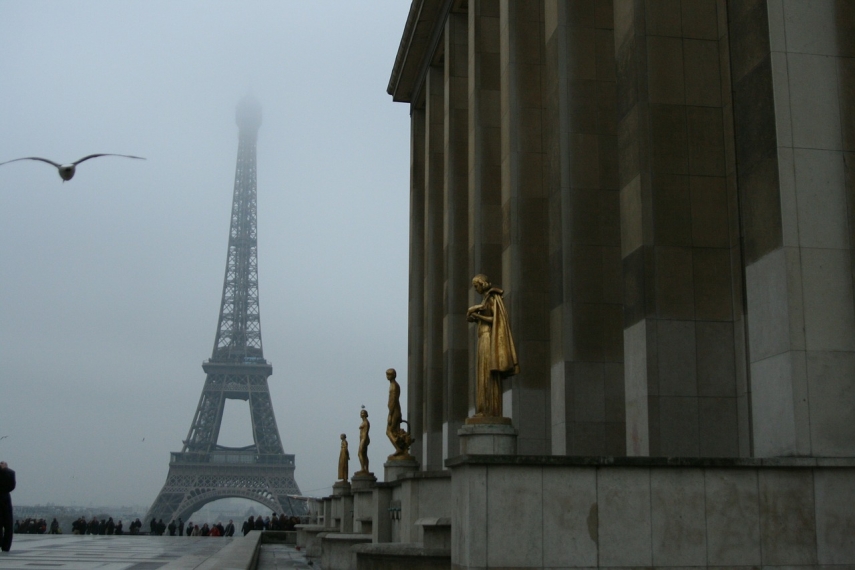 VILNIUS – An exhibition of contemporary Lithuanian artists was opened in Paris on Saturday to mark the 100th anniversary of Lithuanian-French diplomatic relations.

The exhibition at the Espace Commines exhibition space includes works by 17 Lithuanian painters, sculptors and photographers.

"Christian said he picked pieces that will be interesting for the French audience, and Lithuanian artists have nothing to be envious of French or western creations. We are very glad having organized a major event," Zukas told by phone from Paris on Saturday.

In his words, a special catalogue has been produced for the exhibition that's been introduced by French art magazines. And its opening was attended by museum representatives, collectors, art critics, as well incumbent and former diplomats.

Lithuanian Ambassador to France Nerijus Aleksiejunas underlined that this exhibition presents Lithuania as a modern and talented country.

"There's no better way to mark the centenary of the Lithuanian-French diplomatic relations by organizing an exhibition of such level, presenting Lithuania as a modern and talented country," he said.

The Paris exhibition has been organized by the Meno Fondas (Art Foundation) foundation of Jonas Garbaravicius and Zivile Garbaraviciene, the Vilnius-based galery Menu Tiltas (Art Bridge) and the Lithuanian Embassy in France.