Ex-US envoy to Estonia: Being Trump's representative became unacceptable to me 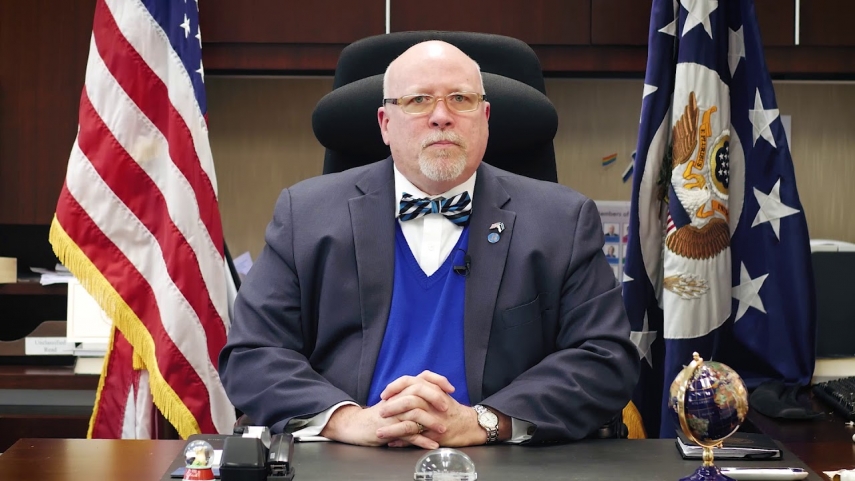 TALLINN – James D. Melville Jr., who resigned as the U.S. ambassador to Estonia in July before a successor had been appointed, has now put an end to his 33-year career in the U.S. foreign service and said that at one moment he reached a point where he was no longer comfortable being the personal representative of the current U.S. President Donald Trump, the daily Postimees reports.

In an interview with the Estonian daily, Melville said that being the ambassador in Estonia was the highlight of his long career as a diplomat. But the decision to announce his resignation very loudly was not because of his wish to stand out, but was evidence that he was no longer able to hold the position.

"I knew for a long time that my time in Estonia is limited – especially after the White House formally submitted the candidacy of a successor. The entire time that the candidacy of my successor was considered, I knew I would leave. I also felt that now that the new administration had made a choice regarding my successor, my opinions became less and less important," Melville said.

"When the White House suddenly withdrew the candidacy [of the next ambassador], I was offered the possibility to stay further in Tallinn – in some ways like an open posting until the White House finds a new one. And as you know, several U.S. envoy seats in the world are not filled, so finding and appointing a new ambassador for Tallinn may have taken a year or more to do," the former ambassador said.

"But the rate of my dissatisfaction was already overshadowing my will to stay. I had been the U.S. ambassador during the entirety of the Estonian presidency of the council of the European Union, participated in the celebrations of the 100th anniversary of the Republic of Estonia and attended the White House summit of the U.S. and the Baltic states [on April 3]. It was there that I understood that I had reached a limit, I cannot and do not want to be the personal representative of President Trump," Melville said.