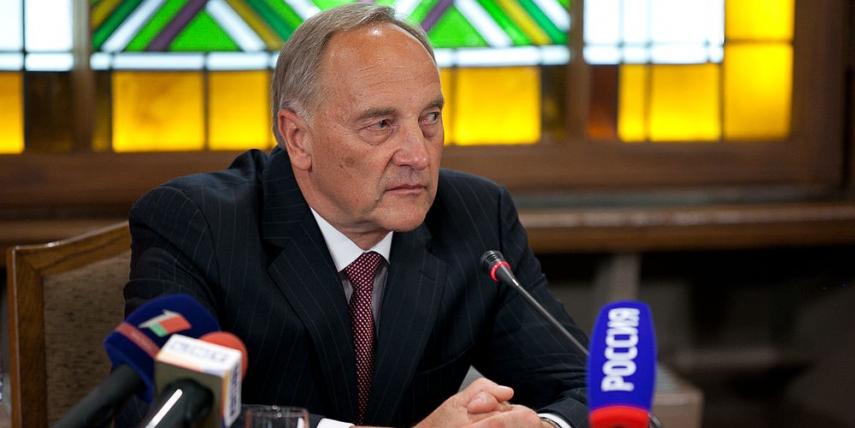 RIGA - Former President Andris Berzins and Augusts Brigmanis, leader of the Saeima group of the Greens/Farmers Union, are connected to a criminal process on violations of political party financing regulations, in which millionaire Julijs Krumins and Jurmala Mayor Gatis Truksnis (Greens/Farmers) were arrested earlier this month, Ir magazine has reported Thursday.

In his comments to Ir, Brigmanis explained that he, as the chairman of the Farmers' Union, had to ensure that donors supported his party. The donation process is detailed in the law, and each backer is personally responsible for following the law, said Brigmanis. He also remarked that he was unaware of Berzins' role in the alleged activity.

The Jurmala City Council plans to review later today the motion to dismiss Truksnis over the scandal.

The situation is to be reviewed after the required number of signatures are collected from city council members. The emergency city council meeting was called by Deputy Mator Rita Sproge, Jurmala City Council spokeswoman Zane Leite told BNS.

The Corruption Prevention Bureau (KNAB) revealed in early October that it had opened a criminal process for possible illegal large-scale political party financing which involved five people, four of whom had been detained.

Detained were Jurmala Mayor Truksnis, Krumins, and Jorens Raitums, who was in the past connected to the opposition For Latvia From The Heart party. According to TV3, the fourth person detained in the case is Blaizer-AG board chairman Anri Kursitis.

According to information available on the KNAB's website, Krumins two years ago donated 15,000 euros to the Union of Greens and Farmers, and in 2011 and in 2004 he donated several thousands of euros to the Zatlers Reform Party and Latvia's Way.

The millionaire's daughter Maija Cernavska since 2005 has donated a total of 39,248 euros to four different parties — the Union of Greens and Farmers, the Harmony party, For Latvia From The Heart, and Latvia's Smithy.