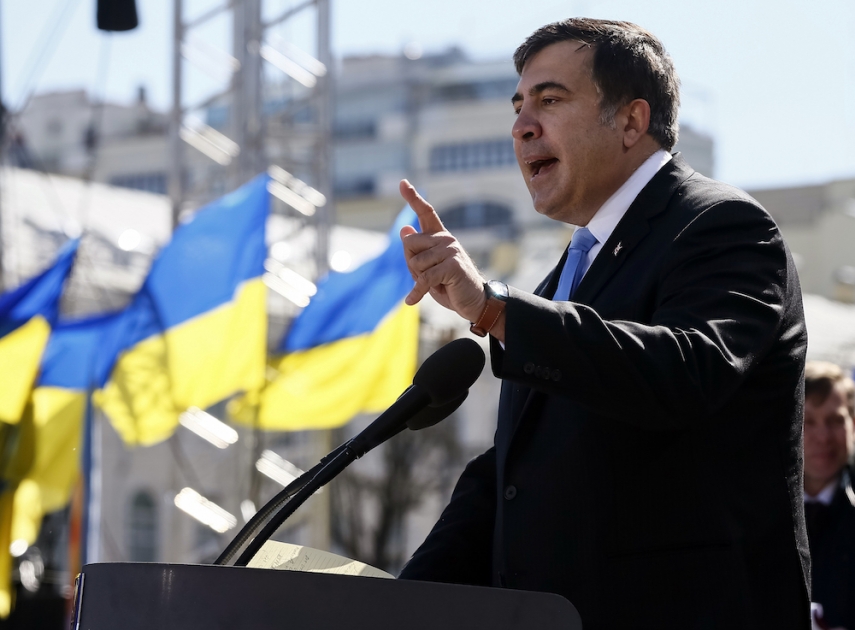 Speaking to The Independent, ex-Georgian President Mikheil Saakashvili believes Lithuania, Latvia and Estonia are the next target of military aggression from the Russian Federation.

Until the Saakashvili supporting faction took victory in Georgia’s 2003 Rose revolution,  Saakashvili and Russian President Vladimir Putin were initially on good terms. The relationship then deteriorated.

"Putin does not respect national borders and he will push everywhere," Saakashvili told The Independent. "I predicted Ukraine would be next in 2008, then the Baltics would follow.”

Saakashvili believes residents in the Baltic States should pay attention to what he thinks now.

“This was clear in my long conversations with him.

"Putin said three major things,” Saakashvili continued. “One, we will make Georgia like Northern Cyprus. Two, Ukraine was not a country but a territory. Three, the Baltic States were not defendable.

"He said all these things, until we were no longer on talking terms.”

Saakashvili added he believes the Baltic States should increase their defenses urgently.

"Putin asked whether (then) Lithuanian president Adamkus really [thought] two or three scrap metal planes from NATO [could] defend him.”

He then recounted Putin’s chilling remarks: "We are laughing at this equipment. Does Lithuania really think NATO will fight for them?”

However, Associate Professor Kestutis Girnius of the Institute of International Relations and Political Science at Vilnius University believes Saakashvili’s words were exaggerated.

Girnius also doubted Putin said he wanted to make “Georgia like Northern Cyprus” which is considered by the international community a territory occupied by the Turks.

"Putin has so far not managed to defeat weakened Ukraine,” said Girnius. “He knows very well the Baltic States are NATO members and are a tough nut to crack.

“All the more so, Lithuania, Latvia and Estonia are getting ready for possible aggression, and Putin is a careful player.”

The interview in The Independent was one of Saakashvili’s first with a western newspaper since he was appointed Governor of the Ukrainian city of Odessa.

He was appointed to the position by Ukrainian president Petro Poroshenko at the end of May 2015, one day after he voluntarily gave up his Georgian citizenship and assumed Ukrainian nationality.