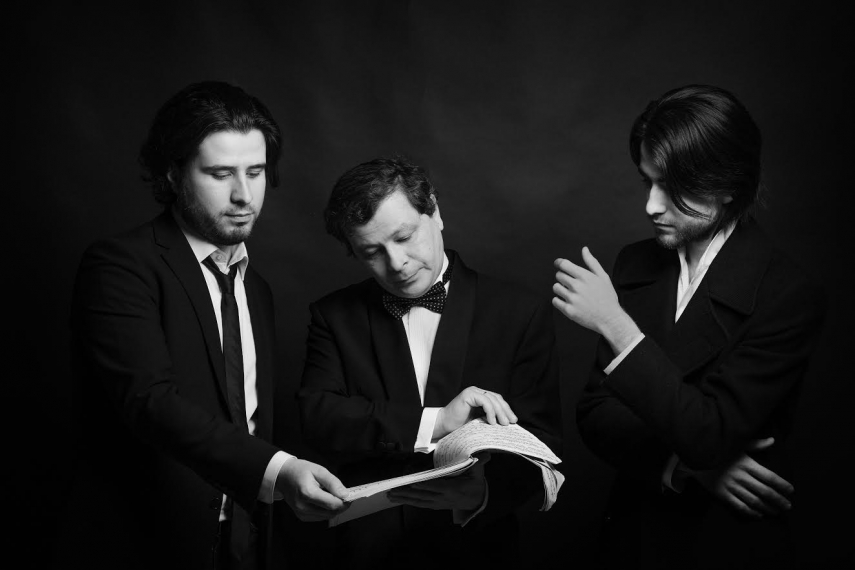 An important event in music life of Latvia - the Three Osokins are joining their forces on the stage of the legendary Dzintari Concert Hall on July 30th to bring a unique program for the satisfaction of classical music lovers.

In recent years brothers Andrejs and Georgijs were touring all around the world performing in such prestigious venues as Berliner Philharmonie, Auditorium La Verdi in Milan, Tokyo Metropolitan Theatre Hall, Katowice NOSPR Hall, Warsaw National Philharmonic Hall, Berlin Konzerthaus, Qatar Opera House, as well as they had recorded various solo CDs highly praised by critics in Europe. Meanwhile, their teacher and father, Professor Sergey Osokins for his achievement in both pedagogical and piano performance fields were awarded the highest honor of Latvian Republic - the Order of the Three Stars.

The program includes piano compositions and paraphrases on music by J. S. Bach, Ferencz Liszt, Pyotr Ilyich Tchaikovsky and Sergey Rachmaninov, which will be performed on two and three grand pianos solo and with the orchestra.

In 2015 three piano virtuosi of Osokins dynasty played together for the first time for the fully packed Dzintari hall and the next year their concert in Latvian National Opera was broadcasted worldwide by the German internet television Klassik.TV.