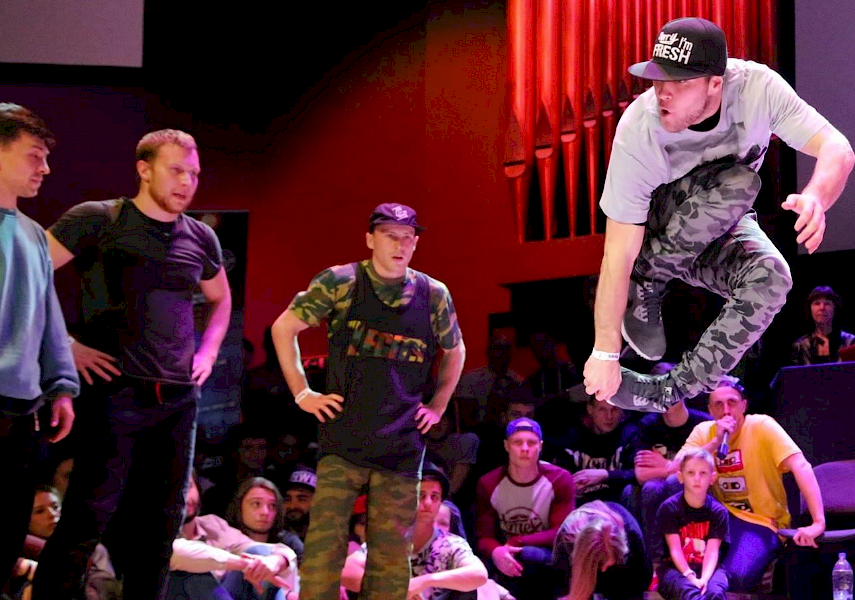 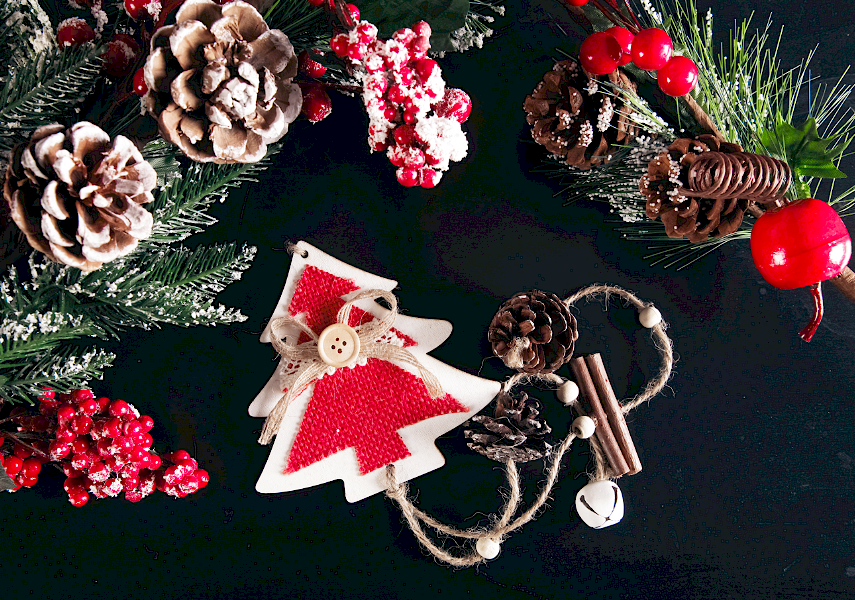 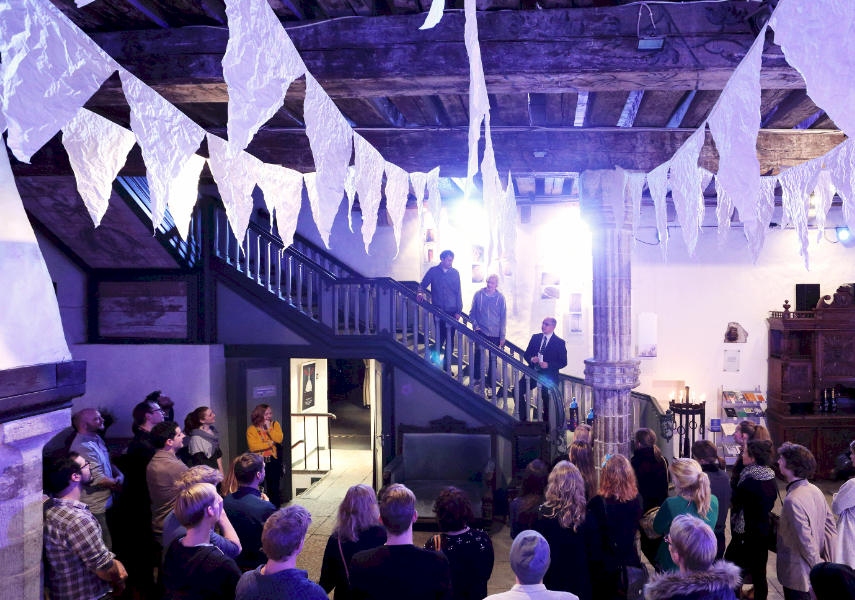 Open till Dec. 11, art exhibition Encounter 57 Years Later by Evi Tihemets, Tartu Art House, Tartu
In the exhibition Encounter 57 Years Later, graphic artist Evi Tihemets looks into the past and shows the works that she made on a hike to Karelia and Kola Peninsula in 1959. The works Tihemets created while in nature are spontaneous; she has captured crisp landscapes of Khibiny Mountains near Pegrema, Sortavala, and Valamo, also local human types. These views are usually on the backdrop of leaden autumnal sky and nature untouched by human activity. At the same time, one can see the obligatory industrial landscapes from the vicinity of Murmansk and Arkhangelsk. These works, true to reality, will now start a dialogue with hiking experiences from decades later, Iceland in 2007, that Tihemets formed into generalised portraits of rocks. In these works, one can see her superb mastery of techniques as a graphic artist, her drypoint and etching sheets charming with picturesque alteration of tones. These monumental portraits of rocks are like a hymn to the island’s volcanic nature. The exhibition is a journey in time, where the source of inspiration is nature and its peculiarity. During her long career, Tihemets has captured these experiences with different tools, but the works always convey the artist’s sincere admiration for what she has depicted. The exhibition is supported by the Cultural Endowment of Estonia. For more information please visit www.kunstimaja.ee

Christmas Jazz is a two-week international intimate and serene-sounding festival during the holidays at the end of November and beginning of December. The festival organises numerous concerts with varied programmes at churches, clubs, and concert halls. Christmas Jazz is organised by Jazzkaar, the biggest jazz festival in the Baltics, held in Tallinn since 1990. For the festival programme and more please visit www.jazzkaar.ee

Every two years since 2000, Tallinn City Theatre has organised an international theatre festival named the Midwinter Night’s Dream. Midwinter Night’s Dream is not a Shakespeare festival, although the name might imply it — the paraphrase refers to the magical time between Christmas and the New Year, when anything is possible. The festival dedicates a lot of attention to creating the opportunity for the performers to arrive and leave at the same time, to see each other’s performances, and to have a chance to learn from each other. Also, the audience has the opportunity to meet interesting theatre makers from different countries at discussions, performances, or workshops. This year’s Midwinter Night’s Dream will bring to Tallinn four internationally renowned productions that all try to offer the audience someone else’s point of view — be it cashiers at a supermarket, people with different skin colour, or struggling artists. At a time when our public discourse is facing the difficult task of handling social issues in a way that breeds understanding rather than mudslinging, theatre could be plan B. The theatre’s official webpage www.linnateater.ee has more information on the festival programme.

Battle of EST (BOE) is the oldest street dance competition with the most impressive list of performers in Northern Europe. The main events include breakdance team competitions. One can also witness hip-hop, popping, and solo b-boying contests. This year’s 16th international BOE festival is an honest rejection of everything with a fake glitter, turning the dance battle competitors into real artists of life! It is a riot of people dancing themselves breathless, while living and breathing the dance culture. For more info please visit www.boe.ee

Dec. 1, Live Concert by Daddy Was A Milkman, Palladium Riga

One of the most talked about young musicians in Lithuania, Daddy Was A Milkman, will give his first big gig in Latvia. Lithuanian singer-songwriter Ignas Pociunas, known to the public as Daddy Was A Milkman, is coming to Latvia to present his debut album. During the concert, the acclaimed artist will perform songs from his first album, Daydreaming. To buy tickets please visit www.bilesuserviss.lv

Art of Riga Jazz — the art of being unique and speaking in the language of music — this will be demonstrated by every musician performing in the Rigas Ritmi concert series Art of Riga Jazz. One of them, the US guitar virtuoso Lionel Loueke, will be giving a concert on Dec. 1 at 19:00 at Daile Music Hall. Loueke has been denoted a painter of music by the legendary jazz pianist Herbie Hancock and has earned great recognition for combining elements of traditional African music with modern jazz harmonies, vocal inflections, and complex time signatures. Loueke combines harmonic complexity, soaring melody, a deep knowledge of African folk forms, and conventional and extended guitar techniques to create a warm and evocative sound of his own. The musician studied in Paris, the Berklee College of Music in the United States, and at the Thelonious Monk Institute. He has performed together with Herbie Hancock, Terence Blanchard, Charlie Haden, Gretchen Parlato, Richard Bona, Dianne Reeves, Sting, Wayne Shorter, and other prominent musicians. Lionel will be visiting Riga together with the guitarist Roberto Cechetto and drummer Nasheet Waits. Don’t miss a great concert! Detailed information on the festival programme, performers and more can be found at www.rigasritmi.lv and to buy tickets please visit www.bilesuparadize.lv

Singer and songwriter, as well as one of the greatest Norwegian musicians, Kristin Asbjornsen has received overwhelming international response by both critics and public for her unique and flamboyant music style. Radio France considers Asbjornsen one of Europe’s most original voices of today. She combines elements of jazz, spirituals, African music, and world music. Her voice is rich with contrasts and dynamics. Her album Wayfaring Stranger — A Spiritual Songbook has received a Platinum Disk, her album The Night Shines Like the Day has won the Spellemannprisen (Norwegian Music Awards equivalent to Grammy), and the prestigious Babel Med Mondomix Award. She has also received the Konon Prize for best film music. Detailed information on the festival programme, performers, and more can be found at www.rigasritmi.lv and to buy tickets please visit www.bilesuparadize.lv

Open till Dec. 10, From Words to a Line Exhibition. The Book Illustrations of Romans Suta, Romans Suta and Aleksandra Belcova Museum, Riga

The famous Latvian artist Romans Suta pursued many genres in his career; he garnered acclaim as a painter, stage designer, set decorator for motion pictures, graphic artist, illustrator, and was a noted art critic and theoretician. This exhibition clearly shows Suta as a flawless master of composition who provides the written word a visual equivalent that is truly pleasing to the eye. Dabbling in graphic art, Romans Suta came and conquered with his individual signature — a free and expressive line that describes the absolute essence of an event or image. He borrowed plenty from the ancient Chinese and Japanese, whose uncanny ability to “say everything” with limited lines inspired him no end. He considered their technique in the use of India ink the highest height. Suta, to give his drawing spice, refrained from overdoing detail, i.e. he kept it simple. More information on the exhibition is available at: www.lnmm.lv/lv/sbm

The baroque orchestra Arte dei Suonatori was formed in Poznan (Poland) in 1993 by violin players Ewa and Aureliusz Golinski, who gathered together a group of the most talented young Polish period-instrument performers. Originally the core of the ensemble were Polish string and continuo players, but over the years the orchestra has become more international. Since 1998, the orchestra has initiated an extensive series of early music events which very quickly evolved to become Early Music — Persona Grata, a festival which is now well known throughout Poland. Arte dei Suonatori are also the co-creators and co-organisers of several other festivals. This concert in Riga will take place as part of the 16th International Bach Chamber Music Festival, and the orchestra will be featuring Aina Kalnciema (harpsichord) and Marcin Swiatkiewicz (harpsichord). Find out more on the event at: www.music.lv/bachfestival

The name of the festival comes from renowned French saying — “cherchez la femme.” Films created by female directors and films about women this year will be shown in the cinema theatres Pasaka in Vilnius, Romuva in Kaunas, Atlantis Cinemas in Siauliai, Garsas in Panevezys. Detailed festival programme and more can be found at www.kinopasaka.lt

Galerija VARTAI presents Decadence, a solo exhibition by Linas Jusionis in which he presents his latest paintings. Due to his unique style and consistent way of constructing an image, Linas Jusionis is readily recognisable in the context of Lithuanian art. However, this consistency does not prevent the artist from his ambition of searching for new themes and attempting to ask fundamental questions about how a work of art is perceived. In Decadence, Jusionis places emphasis on the decadent aspect of painting, which he considers to be a relative theme in his own work, as well as the essence of his creative endeavors. For more info please visit www.galerijavartai.lt

Each year embassies, international schools, eminent locals, and lots of volunteers join the International Women’s Association of Vilnius members to run lively Christmas stalls selling unusual and traditional gifts from around the world, raising thousands of euros for children’s charities. More info is available at www.iccb.lt

Production Company Arts Libera International wishes to invite all who seek spiritual renewal, warmth, and positive emotions to Tango Argentino, an explosive spectacle sure to set your soul aflame. Authentic and sincere, the fiery dance of love and passion arrives to Lithuania from the very homeland of tango, Argentina. The charismatic masters of tango — guitar virtuoso Esteban Colucci and violinist Deimante Merkeviciute, dancers Brigita and Carlos Rodriguez — will be appearing on the Lithuanian stage together for the first time. Compositions of the world-famous composers Astor Piazzolla, Jose Padula, Juan Carlos Cobian, Francisco Canaro, Carlos Gardel, and Mariano Mores will envelop the stage in the spirit of tango. This spectacle of true Argentinian tango is dedicated to all admirers of music and dance. Renowned artists, having performed to countless people across the world, would like to invite all of you to witness a truly magical performance! The organisers recommend getting tickets in advance as the prices will increase as the event approaches.

The spell-binding sound of the glass harp, music from the most well known films, the passionate tango, brilliant musicals, and more — these are all gifts offered as part of Christopher’s Christmas, which you are invited to unwrap at these festive season concerts. These carefully selected programmes have been specially chosen to give your festive seasons a truly memorable mood. It takes so little to make a real miracle of this winter celebration — to make a snowman, to delight in frost-covered trees and forests, or to take in the aroma of spicy gingerbread biscuits... but most important of all are the people with whom you’d like to share these special moments. Invite them along to these concerts! Full info on festival’s programme, venues, and tickets can be found at www.kristupofestivaliai.lt. Tickets can be purchased at all bilietai.lt counters, reserved by telephone 1588 (0.58 euros/min.) or online at www.bilietai.lt