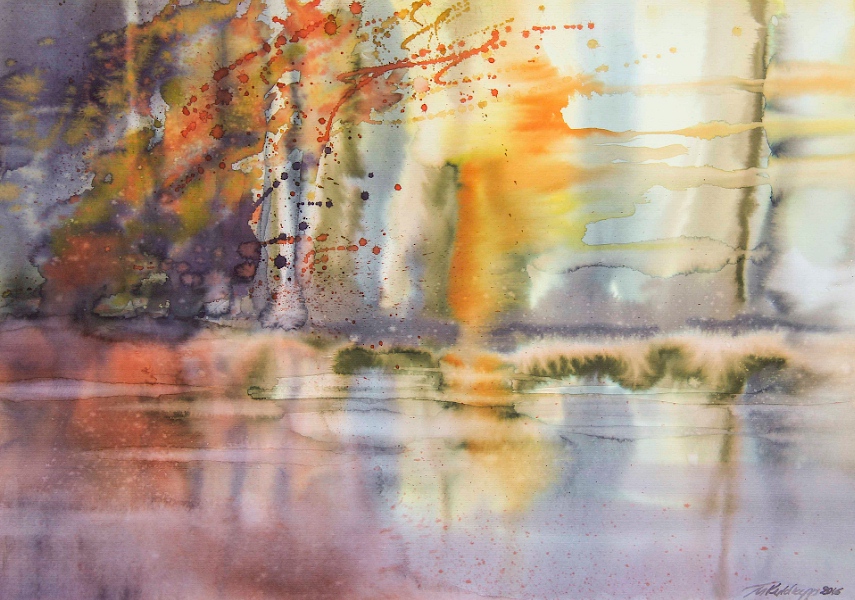 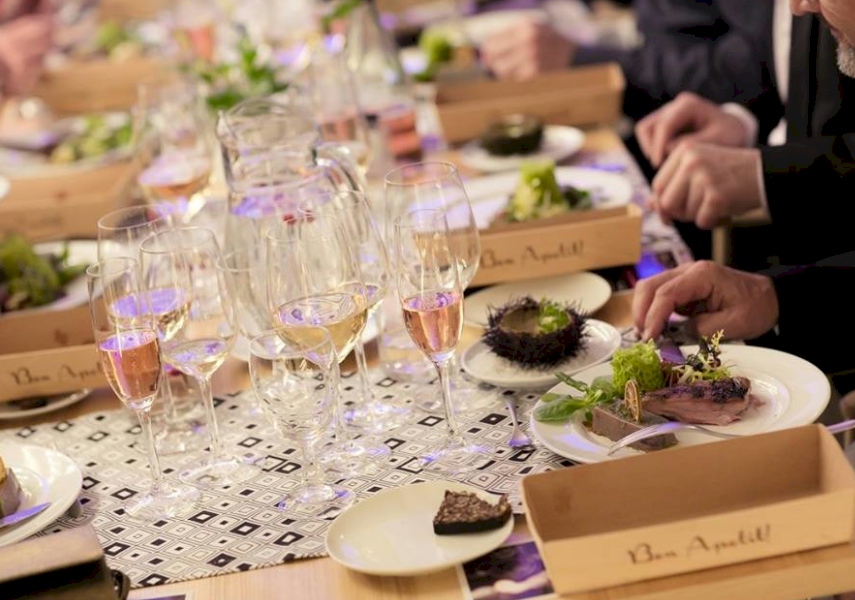 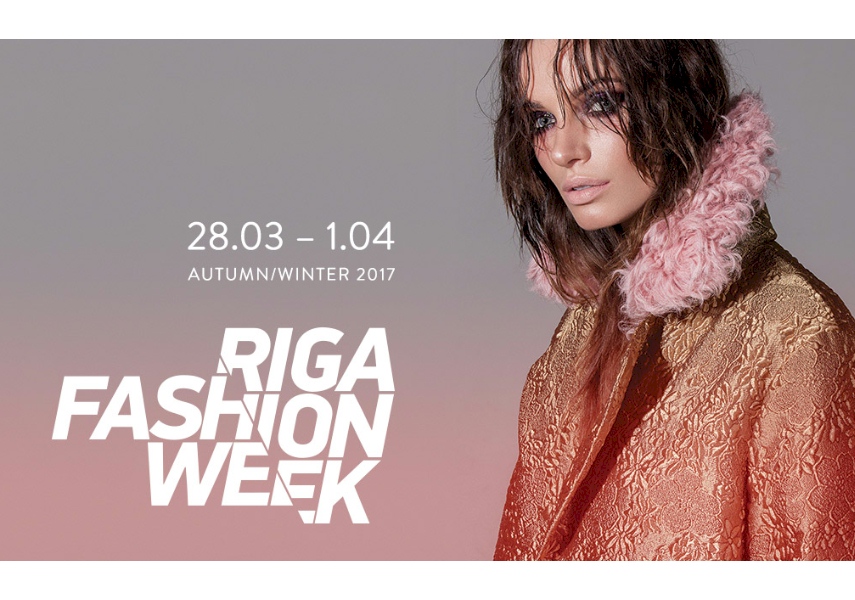 World Film Festival is an event dedicated to documentary cinema. The festival develops interest towards anthropological, analytical approach to cultures and societies, welcoming film entries from all over the world. The film program turns attention to cultural exchange as well as cultural representations of everyday life across the world. The festival is accompanied by relevant exhibitions, workshops and meetings with filmmakers. Full information on the films, program, tickets and more is available at www.worldfilm.ee

The opening piece of the concert is Shostakovich’ rarely played song cycle for Pushkin’s poems, which is thematically a great match for Symphony No. 13, covering themes such as betrayal, loss and memories. The soloist will be bass Pyotr Migunov, soloist from the Moscow Bolshoi Theatre and prize winner at numerous international competitions. The orchestra will be conducted by the Estonian National Symphony Orchestra’s (ENSO) former principal conductor Nikolai Alexeev, who has been working closely with the St Petersburg Philharmonic Orchestra for years and in addition to conducting all of the major symphony orchestras of Moscow and St Petersburg, has also conducted numerous orchestras outside Russia and given concerts in Europe, Japan and the United States. Shostakovich’ Symphony No. 13 was previously performed by ENSO in autumn 2009, when Nikolai Alexeev conducted it to commence his last season as the principal conductor of ENSO. For more information on the concert and ticket purchase please go to www.piletilevi.ee

This exhibition brings together painting students from the same course in Tartu Art College years ago. Versatile company meets again to compare the latest directions in their art. Nude in the Chaos theme invites the language of academic figurative painting into the world of young creators’ ideas and mediums. Opposing to chaos in a way, nude as a phenomenon is fascinating both from the visual and performative side. In Greek mythology chaos meant a yawning chasm, disorganized and formless primordial matter from which earth (Gaia) and love (Eros) arose but also darkness and underworld. Changing beyond recognition or remaining distinguishable these new “nudes” in turn give birth to a state in which we can sense both disorder and a new beginning. For more information please visit www.artcol.ee

A great watercolor is known to be born by the skillful capturing of the game between the water and color, and every author uses this game to a certain extent. The exhibition “Light. Water. Color” of the Estonian Watercolor Society in Võru City Gallery, consists for the most part of the works submitted by the members of the society for the exhibition “Through the Darkness with Colors. Vol 12” held in December 2016. In addition, there are works from the exhibition “New Watercolor 2016” by 13 authors – young and hopefully future members of the Society – held in Pärnu New Art Museum in November; therefore, there are 41 participants in total. The exposition is not compiled according to a specific theme, but conditionally it can be defined using the artists’ prevalent preference for nature and motifs of the warmer seasons. The Society pays a great deal of attention to the next generation – this is also the main reason why the current exhibition was open to the young artists with higher art education and sprouting interest for watercolor. The entrance to the exhibition is free of charge.

TMW is one of Europe’s leading city festivals with a carefully crafted line-up of various art forms for a curious mind. TMW hosts a dedicated program for virtually every music genre, which has been compiled from artist applications by a team of local experts, including music business executives, organizers and melomaniacs. For a festival that’s been drawing more international performers, TMW has received a record-breaking 1470 artist applications from all around the world and confirmed 237 artists from 33 countries to the line-up. Full info on the festival can be found at www.tmw.ee and the tickets can be bought from www.piletilevi.ee

Restaurant Week is a long tradition that started in the USA almost 20 years ago. The first Restaurant Week in Estonia took place in 2011. During the Parnu Restaurant Week, visitors can learn about the restaurants representing extremely diverse styles, as well as the wonderful chefs who work there. During Restaurant Week, participating restaurants offer lunches and dinners at a special price (2-course lunches and 3-course dinners). The dishes are prepared on the basis of an à la carte menu. The price does not include beverages. Learn more about the many restaurants in Parnu! To get your pass and experience new flavors, please contact the event organizers at info@parnurestaurantweek.ee or by phone (+372) 515 7869.

Osvalds Zvejsalnieks is one of the most renowned figures in Latvia’s cultural and social life and an artist who has been following and advancing the classical tradition in Latvian painting. Landscapes and scenes of Latgale’s small towns like Ludza, Kraslava, Dagda, Vilani and Balvi, among others, are the dominant motifs of his paintings. Most probably this choice of themes has been inspired by the artist’s childhood memories and his life in Latgale, and perhaps this also explains the coloristic qualities and sincerity of Zvejsalnieks’ paintings. Find out extensive information about the exhibition and the painter at www.galerijadaugava.lv

Organized by the Baltic Fashion Federation, the 26th Riga Fashion Week presenting the Autumn/Winter 2017 collections will take place in Riga from March 28 till April 1. During the upcoming fashion session, the prêt-a-porter collections including kidswear will be traditionally presented by the best Latvian and foreign designers. This season’s program of the professional fashion shows includes such widely known Latvian designer brands as Nolo, Amoralle, Katya Katya Shehurina, Anna Led, One Wolf, Paviljons, Natalija Jansone, and Narciss. During the twelve years of its existence, Riga Fashion Week has established itself as the leading event in the fashion industry not only in Latvia, but also throughout Northeastern Europe, each year discovering new talented Latvian designers, whose collections after time become in demand also internationally. More information is available at www.rfw.lv

Thomas Sanderling, the son of the legendary German conductor Kurt Sanderling, largely spent his formative years in the wings of the Saint Petersburg Philharmonic Orchestra. In the 1990’s he was the Principal Guest Conductor of the Latvian National Symphony Orchestra. Now, he travels to Latvia again to reveal the true vitality and mastery of Beethoven in the peak of his fame. Another intriguing encounter promises to be the one with the unusually gifted pianist Nick van Bloss from London. He started out in the Choir of Westminster Abbey, and turned to piano only in his adolescence. For 15 years, he refused to perform publicly, until his triumphant 2009 performance of Beethoven’s “Emperor Concerto” in London. Learn more at www.latvijaskoncerti.lv

Dietrich Buxtehude is one of the most prominent composers of the Baroque era. J.S. Bach, a great admirer of his music, avidly listened to Buxtehude’s concerts and wanted to marry his daughter. The cycle that will be performed in the concert is one of the composer’s best-known pieces. The cycle of seven cantatas musically touches upon Christ’s crucified body. The concert program will include Membra Jesu Nostri by Dietrich Buxtehude, featuring Latvian Radio Choir, conductor Peteris Vaickovskis, Baroque violinists Lasma Meldere Sestakova and Zane Grosa, and other musicians.

Open till April 2, Exhibition “Nature’s Abundance in Latvia – From the Coral to the Conifer Roundhead”, Natural History Museum of Latvia, Riga

The exhibition tells about Latvia’s natural history, starting from times when the whole territory of what is now Latvia, was submerged in ancient sea waters inhabited by corals to modern times, when scientists still discover new species each year. The exhibition will show how plant and animal species gradually spread to Latvia after the end of the last ice age. The exhibition will be of interest to visitors interested in nature and those who want to learn more about ancient humans and their life. Information on the exhibition is available at www.dabasmuzejs.gov.lv

After the reestablishing of independence, emigrant musicians started visiting Lithuania and the roads for gifted young people were open to studies abroad. From that time, the Lithuanian Musician Support Fund started organizing the International Music Festival Sugrizimai, inviting young people who were studying and working abroad, as well as older emigrants of the second and third generation. More detailed info about the festival is available at www.lmrf.lt/pages/sugrizimai

Vilnius International Film Festival (Vilnius IFF) Kino Pavasaris is unquestionably one of the most anticipated annual cultural events in Lithuania. Now in its 22nd year, it is the largest cinematic event in the country, known and loved for its high quality film program and rich accompanying package of cinema-related events, workshops, and special initiatives. Each year Vilnius IFF presents more than 200 films divided into a range of categories, from Masters and Critic’s Choice to Hot Documentaries, Shorts and much more. Detailed information on the festival participants, program, venues, tickets and more can be found at the festival’s official website: www.kinopavasaris.lt

The Lithuanian National Philharmonic Society and musicians dedicate this concert to the memory of Mstislav Rostropovich (1927–2007), a long-time friend and like-minded colleague, the legendary cellist and conductor, world-renowned musician and humanist. On March 27th he would have celebrated his 90th anniversary. The performers of this concert, the Lithuanian National Symphony Orchestra, soloist Sergej Krylov and conductor Robertas Servenikas, had a special bond with Rostropovich. The concert program will feature the works by Shostakovich and Prokofiev, not by coincidence. Rostropovich especially admired the two composers, knew them personally, and performed many of their works. The music community of the world knows the recording of Prokofiev’s Fifth Symphony made in 1988: then Maestro conducted the Orchestre National de France. Find out more about the concert program and buy tickets at www.filharmonija.lt

The Bratislava Hot Serenaders orchestra belongs to the list of the few strictly “early jazz” oriented bands in the world. The band’s 20 enthusiastic musicians have played together without interruption since the formation of the group in season 1991/1992. Their playing adheres to the sound, style, and feel of such orchestra’s as Paul Whiteman, Jean Goldkette and Duke Ellington, in addition to featuring Czech, Slovak, and other European classic jazz tunes of the period. The Bratislava Hot Serenaders are well established outside of Slovakia. In 1994, the orchestra won the Sidney d´Or Prix at the Grand Festival of Music of 20´s and 30´s in Saint Raphael, France. To buy tickets to this concert please use www.tiketa.lt

Vilnius Whisky Festival is the biggest whisky festival in the Baltic States. After a great success last year, the festival is going to be even larger. With more guests, more brands and more whisky related attractions. The goal of the festival is to educate whisky consumers. Guests of the event will be able to find most of the whiskies sold in Lithuania, also people making and selling it. There will be master classes inside of the festival with extra tickets. Tickets can be purchased via www.tiketa.lt