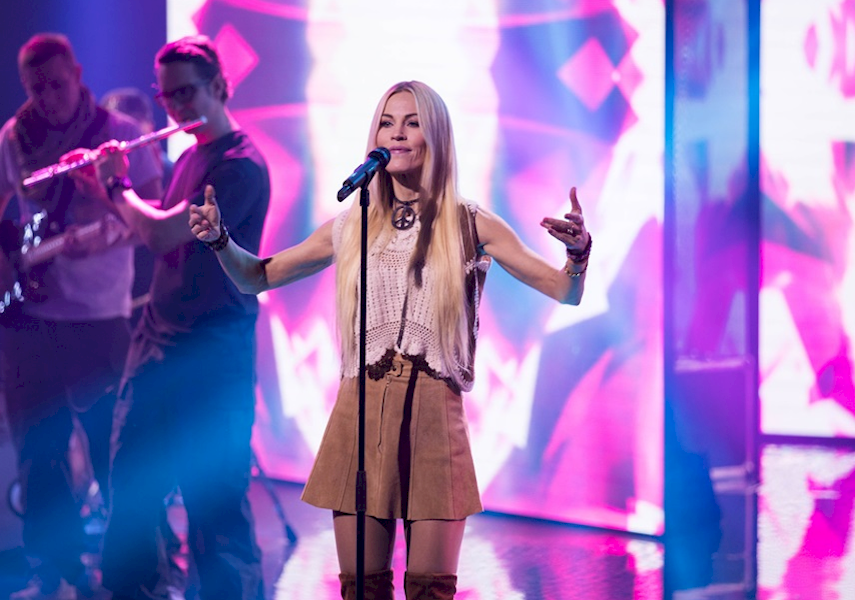 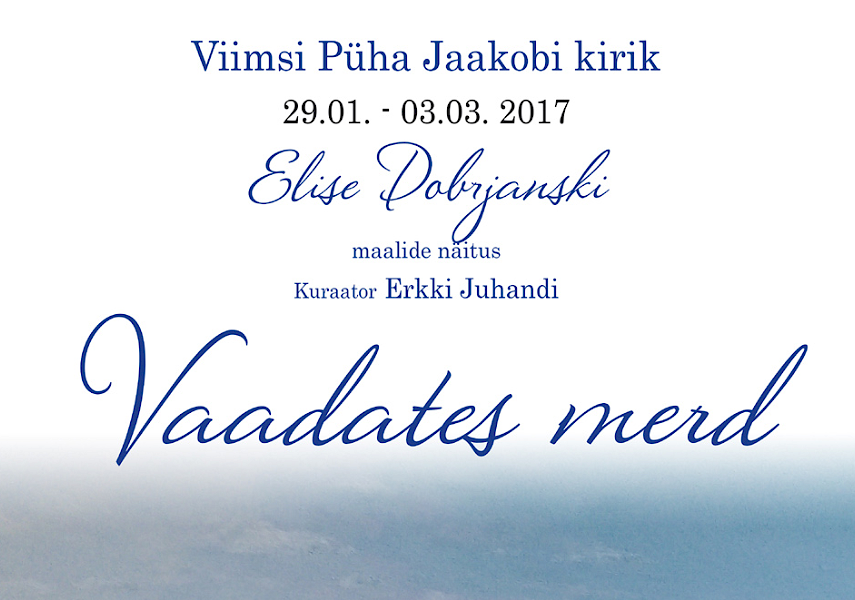 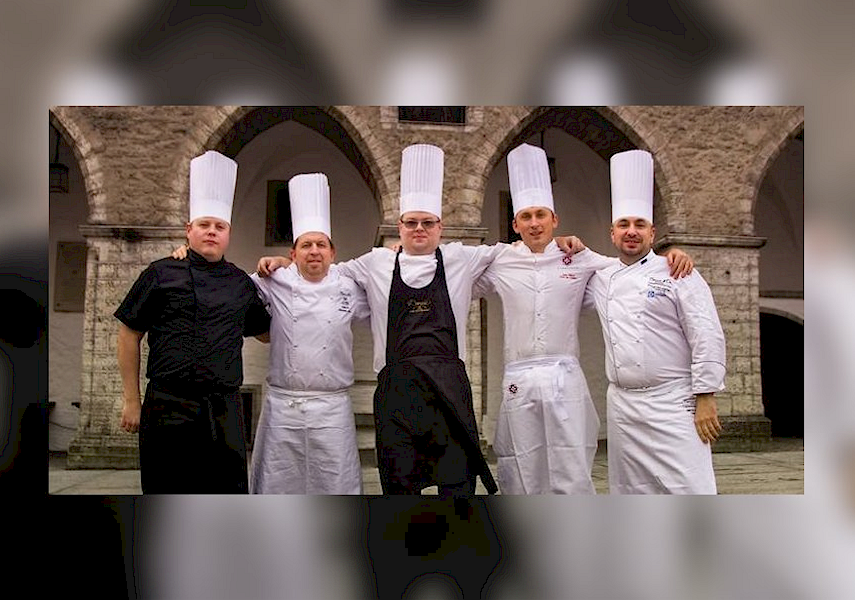 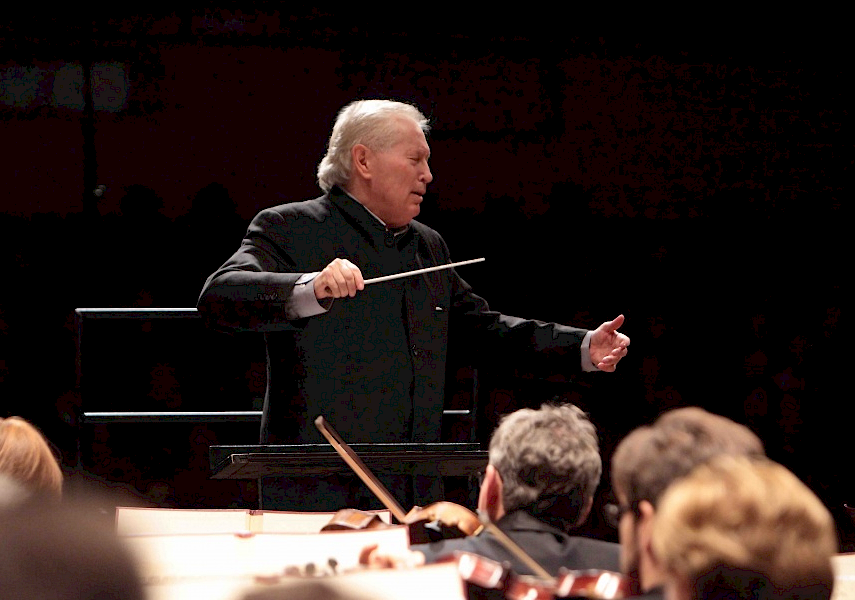 This year, six top chefs from six renowned Old Town restaurants have been set a challenge to cook a delicious three-course meal that includes ingredients voted for by the Estonian public. Using their creative skill and flair, these six top chefs will create a selection of dishes that will reflect their own culinary style and passions. After each meal, you are invited to review the restaurant and the FoodFest menu that has been created just for this event. The Chef with the highest average score will be crowned the FoodFest Chef of the Year, so every vote counts. You can reserve a table at the participating restaurants with the keywords “Old Town Foodfest” at: http://www.vanalinnatoidufestival.ee/broneeri-laud/.

Alvistar Funk Assotsiatsioon is a brand new jazz-funk group on European stages that was formed during the recording of the solo album of the band’s leader Margus Alviste. Important parts of the musical sound image of the band, whose members, besides Margus Alviste, are Inga Kaare, Jürgen Urbanik, Toni Nordlund, Aki Haarala, Andre Solomko and Siim Aimla, is the classical mesmerizing sound of Fender Rhodes, and MOOG, lyrical solos of the flute and the saxophone, and the catching groove of the drum-bass-guitar. By the way, if the lyrics are incomprehensible at the concert, the sound technician should not be accused: singer Inga Kaare sings in pure Elvish. The concert is organized by the Estonian Jazz Union. More info on the concert and tickets can be found at www.jazz.ee

The (In)visible Dreams and Streams is an exhibition presenting 22 artists and art producers from the Baltics and the Nordics. This exhibition is a project reflecting upon the creation of artwork in time, when it is projected in different time categories, contexts and situations. The project’s underlying premise is the desire to reflect on the past works – on those, which have been implemented and archived. The exhibition participants were asked to reproduce, transform and revive past creations; to finish what was once started, or to highlight what’s incomplete, thereby shifting focus from the present to the past and vice versa. Some of the exhibition’s artworks are old ideas brought into current day, some are sequential continuation of old beginnings, while some works are new, created for this specific situation and the exhibition’s particular setting. This exhibition was born in conjunction with the 25th anniversary of the Nordic Council of Ministers’ Offices in Estonia, Latvia and Lithuania, celebrated in 2016. All three offices serve as local culture points and collaboration partners to the Nordic Culture Point in making the Nordic-Baltic Mobility Program for Culture visible in the Baltic countries. Conceptually, the exhibition is devoted to and based on the Nordic-Baltic Mobility Program for Culture, which has been operating in the Baltic countries since 2009, and in the Nordic countries since 2007. The program is co-financed by the Nordic Council of Ministers and Estonia, Latvia and Lithuania. The entrance to the exhibition is free of charge.
Open till March 3, Exhibition Gazing at the Sea by Elise Dobrjanski, St. Jacob’s Church in Viimsi, Tallinn
The exhibition Gazing at the Sea by artist Elise Dobrjanski consists of oil paintings painted during 2015-2016, which convey the marine and coastal motifs of Viimsi. The artist hopes that the people living in Viimsi will recognize familiar places and good memories associated with them, and those just finding Viimsi, will have an exciting discovery. The exhibition is free of charge. More information can be found at www.viimsijaakobikirik.ee

Tudengijazz (Student Jazz) is an international festival for students full of rhythmic music, and is dedicated to students studying music and to their fresh ideas. The aim of the festival is to support international joint projects, introduce jazz to the young, and give students a chance to learn and develop by performing with their bands. The festival has been held since 1982, and it was the first festival of jazz music in Estonia. Throughout the years, almost all of today’s world-known jazz musicians have performed there, in addition to many young groups still on their way to the top. The festival is held at different places in Estonia. More information is available on the homepage of Tudengijazz, www.tudengijazz.ee

Color is to the artist as sound is to musician. In art, it is essential, as it creates space and light, and thereby creates the contents. Color makes us think. Janis Murovskis shows us that when color is skillfully used by a professional, it can take us to the worlds of unprecedented experiences, feelings and moods. The exhibition A Point of View is a result of a huge creative effort; manifested not only by a number of artworks, but also by the artist’s professional abilities and his mastery to deal with the medium of color. By means of color, he expresses on a canvas or paper surface everything that life has offered and surprised him with, without yielding to the everyday rush. Learn more about the exhibition at:
www.galerijadaugava.lv

The international music festival Saxophonia is the largest festival of saxophone music in Europe, which brings together world-famous saxophone stars. It is also one of the best attended and popular music festivals in Latvia. For the audience, this is an opportunity to listen to excellent performances of jazz, popular, classical, contemporary and world music at one place. More information on the concert program and tickets is available at www.saxophonia.lv

Metenis is a craft beer and folk festival organized by Labietis brewery. Be ready to celebrate the ancient beginning of spring festivity – Meteņi – in the old Latvian way, while sipping beer of our choice from the best craft breweries in the Baltics, eating seasonal food, and listening to live performances of Latvian folk and post-folk artists. The mood of Friday night will be set by the band Zāle, after which the legendary pagan-metal band Skyforger will perform an acoustic folk concert. Saturday will start with the folk group Grodi taking care of the Meteņi traditions including a mask workshop, different games and dances. At the peak of the celebration, post-folk ensemble Dārdi will take over the stage. As the years before, up to 100 beer varieties will be available, all served in 160ml or even 80ml pours, in exchange for tokens. NB! If you have a mug from the previous year and show it at entrance, you will receive 3 extra tokens instead of another mug. More information on the event program and tickets can be found at www.metenis.lv

How many different champagnes have you tried? 10? How about 100? The Audi Bubble Parade once again will be the Baltic’s biggest parade of champagne and sparkling wines, a unique walk-around tasting with more than 100 French champagnes and their noblest “cousins” – Prosecco, Franciacorta, Cava, Cap Classique, and Cremant, all for your enjoyment. What does one do in such a Bubble Parade? First, you show up. You’re given a pretty glass and brief directions on where and what to try. The rest is up to you. You can try and do the impossible – walk around the entire counter of the Parade, have a sip of each and every champagne available and talk to all the vendors and producers in hopes of finding your favorite champagne. Warning – it won’t be an easy task, there will be a helluva lot of champagnes. When purchasing your entry card, you will be offered to choose the most suitable time for your bubble session: 10.00 to 13.00, 14.00 to 17.00 or 18.00 to 21.00. Buy tickets online via www.ekase.lv

The concert will feature a variety of songs in various languages and musical styles – from popular tango hits, to lesser known, but riveting ladino style songs. The audience will be able to enjoy songs from Astor Piazzolla’s tango-opera Maria de Buenos Aires, the well-known ladino singer-songwriter Yasim Levy, as well as beautiful melodies from the French cabaret singer and songwriter Edith Piaf. Also performed will be songs by Maurice Ravel and Richard Galliano, as well as various traditional tango melodies. Tickets can be bought online via www.bilesuparadize.lv

On February 25, the podium of the Lithuanian National Symphony Orchestra will be graced by Thomas Sanderling, the German Maestro born in Novosibirsk. He is the son of Kurt Sanderling, the legendary master of the baton. In the second half of the 20th century, T. Sanderling was an assistant to such legends as Herbert von Karajan and Leonard Bernstein. The conductor is invited to conduct the orchestras of Europe’s leading opera theatres including: Wiener Staatsoper and Bayerische Staatsoper, Deutsche Staatsoper Berlin, and La Fenice Venice to name but a few. T. Sanderling is one of the most influential and original conductors of Russian repertoire these days. He was a close friend of composer Dmitry Shostakovich and his family. The illustrious maestro leads the Lithuanian National Symphony Orchestra in Brahms’ monumental Second Symphony. Violinist Dalia Kuznecovaitė will be a soloist in Édouard Lalo’s Symphonie Espagnole in five movements. After the legendary violin virtuoso Pablo Sarasate performed it in 1875, both the opus and the conductor got wide recognition. Find out more at www.filharmonija.lt

Like every year, this year, during the first weekend of March, the streets, squares and other expected and unexpected places will be flooded with the Kaziukas Fair. For three days, you will have no shortage of opportunities to feast your eyes on the celebration, spend money, have fun, join in on traditional Lithuanian dances, and participate in the various festivities. There will be no restrictions on age, style, or genre of the cultural program at the Kaziukas Fair: visitors’ eyes, ears, and hearts will be delighted by the children, students, and seniors performing at the concerts, where the sounds of Medieval, folk, and modern music will be heard. The festival of St. Casimir, the patron saint of Lithuania, to whom this fair was dedicated in the 19th century, is another of the most remarkable calendar festivals, each time presenting ingenious handworks, colorful, traditional palms, without any rivals in the surrounding areas. The fair attracts several hundred thousand visitors. The second day of the fair continues with a festive theatrical procession with participation, as in old times, of the most famous artisans and promoters of folk art and ancient crafts. The procession of artisans and craftsmen along Vilnius streets will be special, because it manifests the unity of artists and their determination to strive for common goals under the same flag. Learn more about the festival at the official homepage: www.kaziukomugevilnius.lt

Live Nation Lithuania announces a new show date this spring: a very special, intimate Evening with Jason Mraz and His Guitar on March 7. A multi-platinum selling artist, Mraz has amassed a youthful, diverse and vibrant fan base throughout all parts of the globe. Since getting his start in coffeehouses in his adopted city of San Diego, Mraz has brought his positive message and soulful, folk-pop sound to rapt audiences around the world through his recordings, vibrant live performances and philanthropic efforts. Along the way, he has earned numerous diamond, platinum or multi-platinum certifications globally for his various releases, made pop history with his record-breaking classic singles “I’m Yours” and “I Won’t Give Up,” racked up two Grammy Awards among six nominations, won a prestigious Hal David Songwriter Hall of Fame Award, won Teen Choice and People’s Choice awards, and sold out amphitheaters and arenas across the globe, including such iconic venues as The Hollywood Bowl, Madison Square Garden and London’s O2 Arena. For more information on the concert please visit www.bdg.lt

The International Baltic Jewelry Exhibition Amber Trip is a major specialized jewelry exhibition in the Baltic Sea Region. The very name of the exhibition highlights the significance of the northern gold, i.e. amber, one of the most beautiful and mysterious stones in the world. Articles from “solidified sun drops” make up 50 per cent of the jewelry items presented during the exhibition. The other half includes: gold, silver, diamonds, rubies, pearls, etc. So, the XIII International Baltic Jewelry Show Amber Trip 2017 will be a significant event, and you are kindly invited to participate! Detailed information on the Show is available at www.ambertrip.com