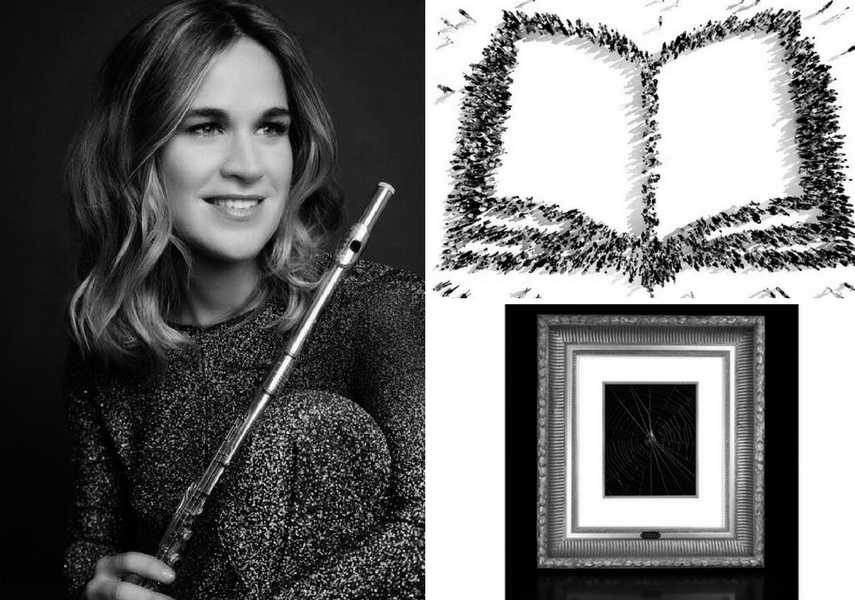 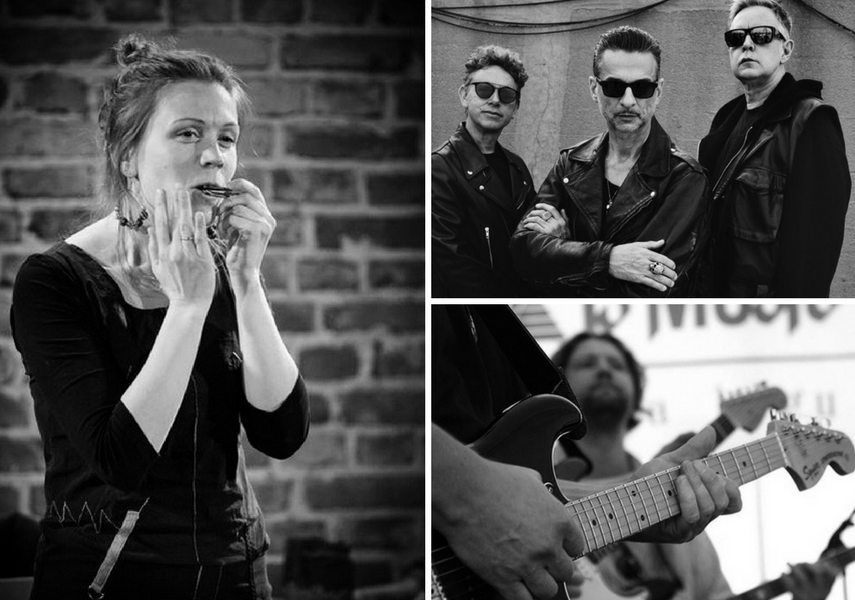 Tasty Tartu 2018 is a campaign of taste experiences, which will be taking place in Tartu for the fourth time. For the month of February only visitors can enjoy new food experiences by trying the affordable special three-course menus at the 14 participating restaurants that are developing these new menus in addition to their ordinary offerings to celebrate the month. The chefs participating in the campaign give their best to surprise the city’s locals and guests with delicious and enjoyable special dishes. As many local ingredients as possible are used to make the food. The special three-course menus are available for the set price of 21 euros and can be viewed along with the list of restaurants at www.maitsevtartu.ee. A special jury will judge all the menus and select this year’s best. Food lovers can also rate the efforts of the restaurants and determine the best special menu. You can submit your opinion at www.maitsevtartu.ee using the rating scale next to each restaurant’s name or fill in the rating form available at each restaurant. Enjoy your food experiences in Tartu!

The Fifth Jew’s Harp Festival invites everyone whose Jew’s harp is waiting to be played to the Club of Different Rooms in Tallinn. At the beginning of February you can make the first steps in playing the Jew’s harp under the guidance of Estonia’s best players. Workshops for beginners and advanced students will be held at the festival. In addition, there’ll be a joint concert and performance featuring a special Jew’s harp orchestra. The concert includes Jew’s harp performances by both soloists and ensembles. Tickets cost five euros and can be purchased at the venue. Email kairi@folk.ee for more information.

The Winter Jazz 2018 concert series brings spring closer. The concerts will be held from Feb. 3 to Mar. 4, 2018 at the Kumu Auditorium and will feature prominent musicians from six European countries. Winter Jazz 2018 takes you to the depths of the cimbalom sounds from the far reaches of the galaxy! This season’s of Winter Jazz 2018 will be opened by the Danske Jazz Award 2017 winner, guitarist Mart Soo with his band Kulgejad. The quintet invites the listener to the northern route, where the past, the present and the timeless movement meet in musical space. Mart Soo’s creative handwriting incorporates jazz, soundscapes and minimalism. For the complete programme, see www.jazzkaar.ee

Whilst most of the orchestra is on a concert tour of the United States, a romantic chamber music concert will be performed in the Estonia Concert Hall. This is another concert in ENSO’s chamber music series, which has already gained a warm reception from audiences over the last few years. For more information about the concert and tickets, www.piletilevi.ee

The Republic of Estonia will turn 100 in February 2018 and the theatre’s 112th season is closely connected to the anniversary. The festival will bring to the stage a selection of music by Estonian composers. Full information on the festival can be found at www.opera.ee

The festival invites music lovers to the yacht club for a series of blues evenings. Renowned musicians from Estonia and abroad will be entertaining audiences. Come and enjoy the festival and warm up your soul! For more information, see www.parnublues.ee or call (+372) 551 2969.

Is there another life and what’s it about? Is it about changes in life, hoping for life after death, giving things a new life? Water and plants are inseparable from each other. Without water, a tree will become wood. At the current exhibition, the author has presented maple, apple and pear tree wood from his home garden, all the trees that have been cut down during his lifetime and the taste of their fruit is still in his mind. Whilst modelling the wood he’s attempted to reanimate them in the form of jewellery. The water that gave life to the wood has been given ‘another life’ in silver. See www.agalerii.ee for more information.

The Vein Trio has arrived from Switzerland to remind us that the piano trio is sometimes considered the smallest possible orchestra. The smallest of orchestras is meeting the largest, namely the LNSO, to conjure up ‘symphonic bop’ as coined by Vein Trio’s percussionist Florian Arbenz. The three conceptual pillars of the collaboration are flexibility, unpredictability and teamwork. Imants Kalnins will also join the team. The Swiss musicians will accompany the performance of his legendary Symphony Number 4. To find out more and to purchase tickets, see www.bilesuparadize.lv

In his works, Andrey Nadezhdinsky combines the art of jewellery, sculpture and graphic art. The materials used to make the artist’s creations, spiders’ webs and gold, is something to wonder at. Entrance is free.

Mozart’s Requiem is surrounded by legends and stories and has become the musical legacy of the Austrian genius. It was the last opus started by the composer, with masterful elements during the sunset of the age of Classicism. He merged tones from baroque and classical music and the hardly evident and fragile sounds of Romanticism. For more information, see www.latvijaskoncerti.lv. For information about tickets, see www.bilesuparadize.lv.

Until Feb. 11, Exhibition by the Jurmala Association of Artists. City Museum, Jurmala

The annual exhibition by the Jurmala Association of Artists serves as the organisation’s main event of the year and brings together over 80 participants to display their creative works. The exhibition is known for its variety of genres and always attracts the attention of the local media. On display are paintings, graphics, ceramic works, glass art pieces and much more. For more information, see www.visitjurmala.lv

Trio Palladio is a fairly new name in the ‘heavens’ of Latvian chamber music. After successful and amazingly consolidated concerts in 2015, three mature, vivid and powerful Latvian musicians joined together for the joy of playing music together, the violinist Eva Bindere, the cellist Kristine Blaumane and the pianist Reinis Zarins. For more information, see www.latvijaskoncerti.lv. For information about tickets, see www.bilesuparadize.lv.

The intelligent and brilliant concert master of the LNSO, the German violin-school representative Georg Sarkisjan, continues to concert together with the talented Japanese pianist Keigo Mukawa, performing Beethoven’s Violin Sonatas 2, 4, 6 and 8. They both get along very well, and they understand Beethoven completely. Having played together in Japan, they’re coming to Latvia to perform together with the LNSO. A beautiful array of even numbered sonatas written by a young genius from a small town in Germany, having just arrived in Vienna. For more information about the concert and how to get hold of tickets, see www.bilesuparadize.lv.

It’s not an exaggeration to say that Kraftwerk are almost as important within the world of electronic music as the Beatles are in the world of pop music. Formed in the late 1960s, the Dusseldorf Conservatory graduates Ralph Hiter and Florian Scgneider were so progressive for their period that they’ve influenced an extensive number of genres from Detroit techno to hip-hop, from EDM to computerised synth-pop. During the two-hour performance, the band will perform their most well known and loved hits, inlcuding The Man-Machine, Spacelab, The Model, The Robots, Autobahn, Computer Love, Tour de France, Radioactivity, Aero Dynamik and Boing Boom Tschack. An integral part of the show are the high quality 3D projectors that will provide a particularly realistic visual addition. This is the most sweeping tour of the German electronic music legends since 2013, and will promote material from their 3-D The Catalogue collection. The audio and video material from their latest album is a collection of material from their most meaningful performances between 2012 and 2016. The collection is available in several variations, as four Blu-ray CD (with a 228 page book), and eight CD collection or nine vinyl record set. For information about tickets, see www.bilesuserviss.lv

The famous British band will arrive in Riga as part of their The Global Spirit world tour, promoting the 14th studio album, Spirit. The album’s powerful and timely first single, Where’s The Revolution, has been well received by critics and fans alike, and lauded as a strong return to form for the band. Spirit has already garnered critical acclaim, with the British music magazine MOJO calling it ‘blow by blow… Depeche Mode’s best album in years’. With more than 100 million records sold, Depeche Mode are the most successful electronic music band in history. As a cult band that acquired its legendary status many years ago, Depeche Mode and their music serves as an inspiration for a great number of bands. The British music magazine Q named Depeche Mode the most popular electronic music band of all time and included it in its list of 50 Bands that Changed the World. To purchase tickets, see www.bilesuserviss.lv

The Latvian Book Fair is the key annual event of the publishing industry in Latvia that brings together Latvian and foreign book publishers, book sellers and companies doing business related to the book industry. In addition to books, the exhibition also includes intellectual games, in particular those that help develop reading skills, development and educational aids, as well as products for creative hobbies. More information can be found at www.bt1.lv.

On the occasion of its 29th birthday, the Lithuanian State Symphony Orchestra and its founder, Artistic Director and Chief Conductor Gintaras Rinkevicius have prepared a special and very rarely performed piece, the impressive Turangalîla-Symphonie by the French composer Olivier Messiaen. Full information about the concert is available at www.lvso.lt, whilst information about tickets can be found at www.tiketa.lt

In 2018, Lithuania celebrates the 100th anniversary of the restoration its independence. The date is of special importance to Lithuania and its people, as it marks the anniversary of the long road walked by the Lithuanian nation towards a free and independent state. The Vilnius Book Fair 2018 will become a great opportunity to evaluate and feel how the country and the people of Lithuania have been changing, how they’ve lived, and which Lithuanian and world authors, personalities and texts have affected them over the last century. At the same time, there’ll be an opportunity to discuss research and talk about what kind of Lithuania and the world we’ll create through reading over the next hundred years. Find out more at www.vilniausknygumuge.lt

The duet, who live between Lithuania, London and Brussels, have been unable to house all the fans at their concerts for a long time. The lyrics of their songs enchant with their simplicity and depth, and their music, by a courage to search and by a subtle elegance, and not only fans, but also music critics have not withheld from celebrating the voice of Jazzu for some time already. The performers themselves acknowledge that they’re more often heard performing abroad rather than in their homeland. The duet, often referred to as ‘human’ performers of electronic music, possess plenty of fans both here and in metropolitan cities, which they’ve gradually made their own. This is their last farewell concert and performance before continuing with their solo careers. The programme will feature sounds of electronics, jazz, pop and ambient music, delicate vocals and colourful melodies, all accompanied by precision video projections. Tickets are available at www.bilietai.lt