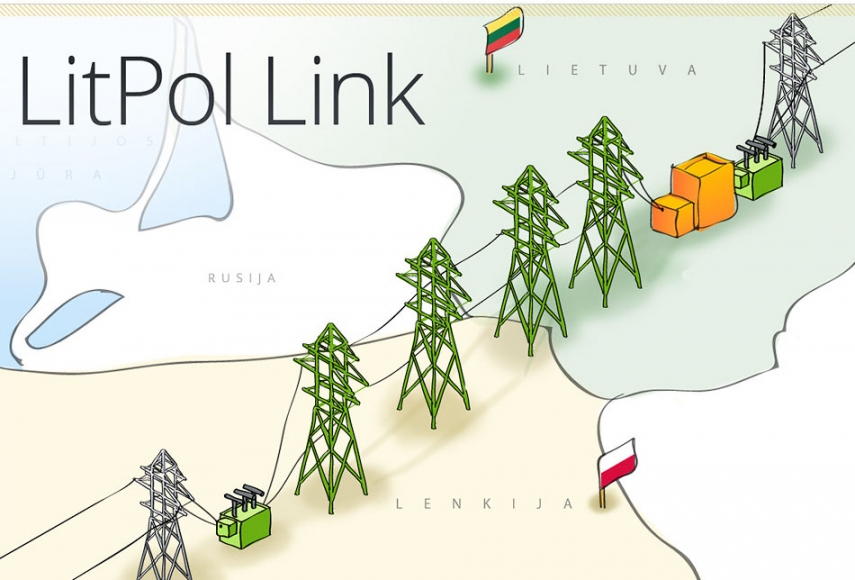 The European Union has approved 27.4 million euros in grants under its Connecting Europe Facility (CEF) for the Lithuanian part of the LitPol Link power interconnection between Lithuania and Poland.

The Lithuanian power transmission system operator said the financial support, approved by the European Commission and EU member states on Tuesday July 14, 2015, accounted for 67 percent of the amount it had applied for.

"Joint efforts helped to achieve the main goal, which is to mitigate the impact of investments on the electricity transmission rate," said Energy Minister Rokas Masiulis. "Therefore, the decision to fund the LitPol Link project will benefit all electricity users."

The Lithuanian part of the project's cost, 108 million euros, includes investments in a power transmission line and back-to-back station from Alytus in the southern part of the country, which will run to the Lithuanian-Polish border.

The LitPol Link will, for the first time, link together the energy systems of Lithuania and Poland by the end of 2015, and will eliminate energy islands within the EU.

The total value of the project, which is part of the Baltic Energy Market Interconnection Plan (BEMIP), is estimated at around 370 million euros.