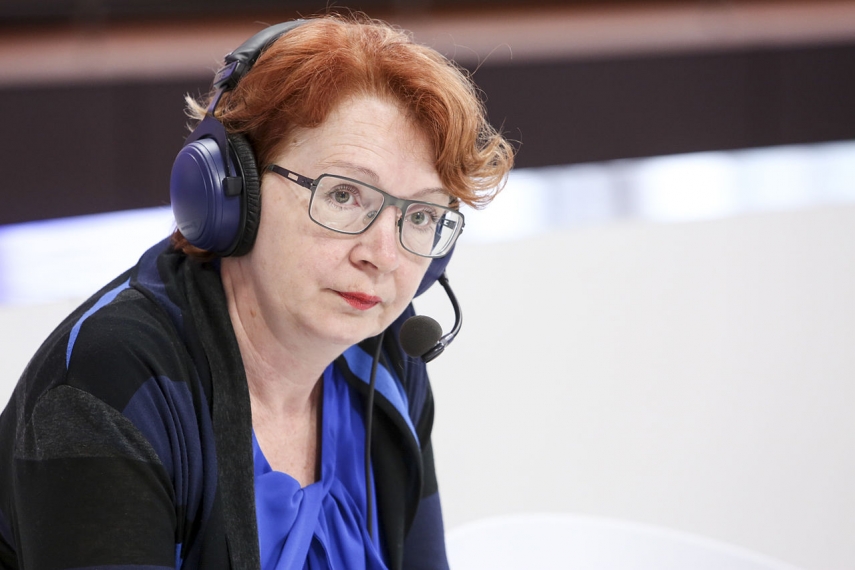 TALLINN – The European Parliament on Thursday approved a report compiled by Estonian MEP Yana Toom and German Social Democrat Jo Leinen on the transparency of the work of the Council of the European Union.

"The work of the European Parliament is completely transparent," Toom said in a press release. "But the Council of the European Union behaves as though they were electing a pope -- ministers gather behind closed doors and everybody else waits for the white smoke from the chimney. We do not know the standpoints of individual countries or the course of negotiations, not even the agenda. As a result of that, a situation develops where a minister, having come back home, announces that the fought like a lion against an unpopular directive, but we will never know whether they are telling the truth or not," the Estonian MEP said.

The Council of the European Union is made up of representatives of the governments of the member states, in which ministers of the relevant field discuss and make decisions about Europe-wide issues.

European Ombudsman Emily O'Reilly has on multiple occasions called for members of the Council of the European Union to keep in mind that they are the same kind of democratic organization as the European Parliament, but has had no success so far, spokespeople for Toom said in the press release. "Finally, Emily asked for the support of the parliament and Jo Leinen and I had the honor of preparing the report approved today. I hope that we can put an end to the conspiracy of silence in making EU decisions. Every European has the right to know what their minister or that of another country said in the Council of the European Union and what they were afraid to bring up," Toom said.

Altogether 479 MEPs voted in favor of the report drawn up by Toom and Leinen, 18 MEPs were against it and 81 abstained.