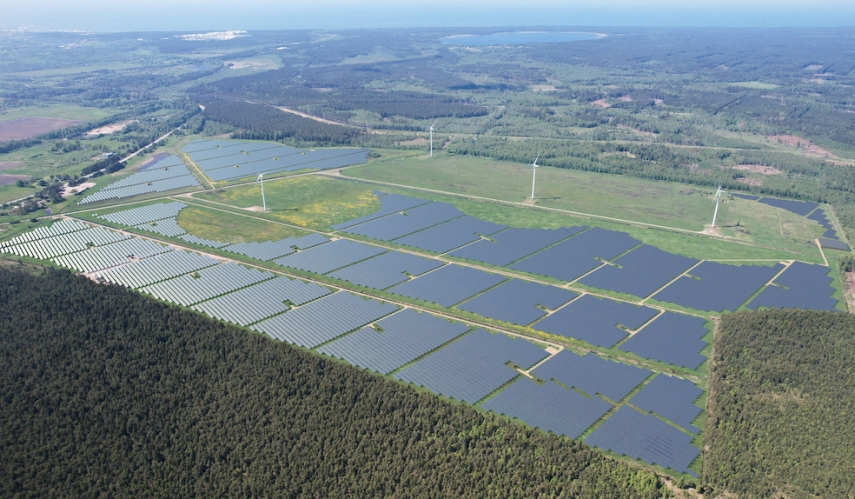 Renewable energy developer European Energy has announced plans to build a 110 MW solar park in Tārgale, Ventspils region. This will be European Energy's first project in Latvia and the largest solar park in Latvia. The Tārgale solar park is expected to be connected to the electricity grid in 2024 and will generate approximately 110,000 MWh of green energy annually, providing around 52,000 households with their annual electricity consumption.

Gatis Zamurs, The Parliamentary Secretary of The Ministry of Environmental Protection and Regional Development in his speech during the opening event emphasized: “Today, the European Green Deal has become a Security Deal, therefore I cherish the intention of European Energy to expand their renewable energy business. Energy independence since February 24th has become more than an opportunity to save money or to protect the environment. Now, it is a matter of not funding the aggressor and the deaths of innocent people. The Ministry of Environmental Protection and Regional Development is eager to cooperate, leading Latvian society forward to a sheltered and sustainable future, contributing to the common prosperity of Europe.”

“The opening of the new office in Riga is an important manifestation of European Energy´s strong engagement in Latvia. The development of wind and solar projects will make an important contribution to Latvia´s green transition and long-term energy security. As a leader in renewable energy, European Energy has a strong focus on sustainability and on the active involvement of local communities that is key to the expansion of renewable energy projects in Latvia,” says Flemming Stender, Ambassador of Denmark to Latvia.

"European Energy's mission is to harness the resources of wind and solar energy provided by nature, combined with the latest technologies, to create value for our partners and society as a whole. The renewable energy projects we are implementing today are an investment in a future where society will no longer have to use fossil resources. Our knowledge, experience, and innovative approach enable us to deliver world-class projects," emphasizes Knud Erik Andersen, CEO and co-founder of European Energy.

Alnis Bāliņš, Head of Riga office European Energy Latvia, is convinced: "Now is the right time to invest in renewable energy projects both due to rising energy prices, the Green Deal and the competitiveness of renewable solutions. Nowadays, solar and wind farm technologies have developed to the point where we can safely start deploying them in the current market conditions without any subsidies. We, therefore, need to move forward rapidly and develop utility-scale solar parks."

European Energy develops, finances, builds, and operates wind and solar farms and was one of the first companies in the world to introduce Power-to-X technology. The company is based in Copenhagen, Denmark and it has significant and in-depth experience in the development and deployment of renewable energy in four continents. European Energy was founded in 2004 and has now developed more than 20 GW of renewable energy capacity globally.