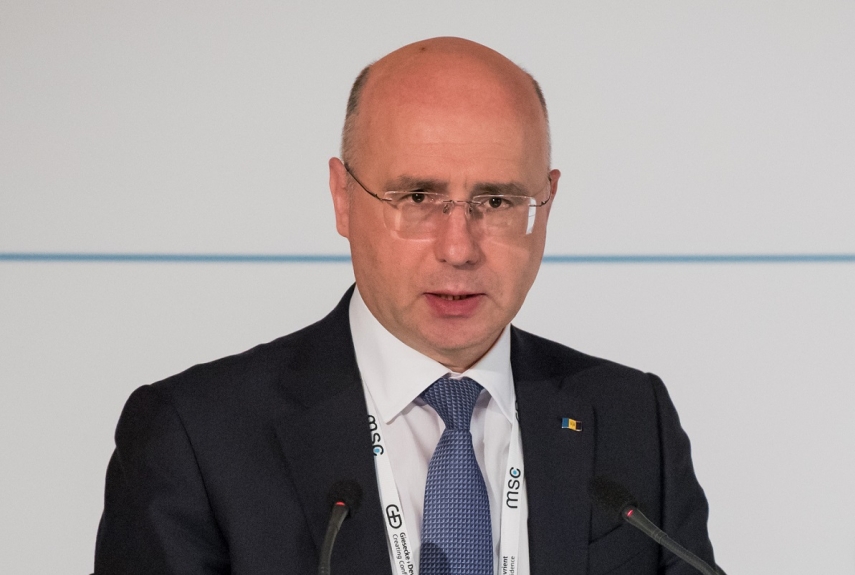 CHISINAU - The Moldovan government will continue developing interaction with the European Union, but expects Europe's support to it, Moldovan Prime Minister Pavel Filip said at a meeting with European Commissioner for European Neighborhood Policy and Enlargement Negotiations Johannes Hahn on Monday, according to the press service for the Moldovan government.

"As for the government, the European course remains the only development path of the Republic of Moldova. The strengthening of a political dialogue and partnership with the European Union are important objectives of the government," Filip said, noting that "the government expects the EU's support in the implementation of the reforms for the benefit of citizens."

According to the press service, during the meeting, the parties also discussed the implementation process of the Moldova-EU Association Agreement, "the success achieved during the implementation of reforms, and the upcoming reforms in the sectors of justice, countering corruption, and human rights.

"Commissioner Hahn said that the EU expects the new Moldovan government to continue the reforms and develop cooperation with the EU," the press service told Interfax.

The press service did not disclose whether the establishment of the new government was discussed during the meeting.

During his visit to Chisinau, Hahn met with the leaders of the three parliamentary parties, - the PDM, the ACUM bloc, and the Party of Socialists (PSRM), as well as with Filip and President Igor Dodon.

Following the visit, the European commissioner said that an extensive coalition involving three out of four parliamentary parties may be created in Moldova.

According to Hahn, none of the three parties must be excluded from the negotiating process and may become part of the new coalition and government.

The European Union only has a particular attitude to the Ilan Shor Party, he said. Its leader Ilan Shor is the main defendant in the case of embezzlement of $1 billion from the Moldovan banking system and the EU insists on his prosecution. But, as far as is known, the Ilan Shor party is not involved in any dialogues to establish the new structures in the government, Hahg said, calling on the key players to join their efforts to begin working for the benefit of the people.

The EU cannot insist or force the parties to make decisions, but it is in their interests that Moldovan politicians are able to join their efforts and form the ruling majority and the government, Hahn said.

If a snap election takes place, the parties must assume responsibility for possible risks for Moldova, he said.

In this case, the International Monetary Fund may suspend its program in Moldova and the EU would also be unable to provide support to the country, he said. It would be a serious blow to Moldova, Hahn said.

Commenting on the possible alliance between the PDM and the PSRM, Hahn said that it is important for the EU to see stability, development and peaceful situation in Moldova.