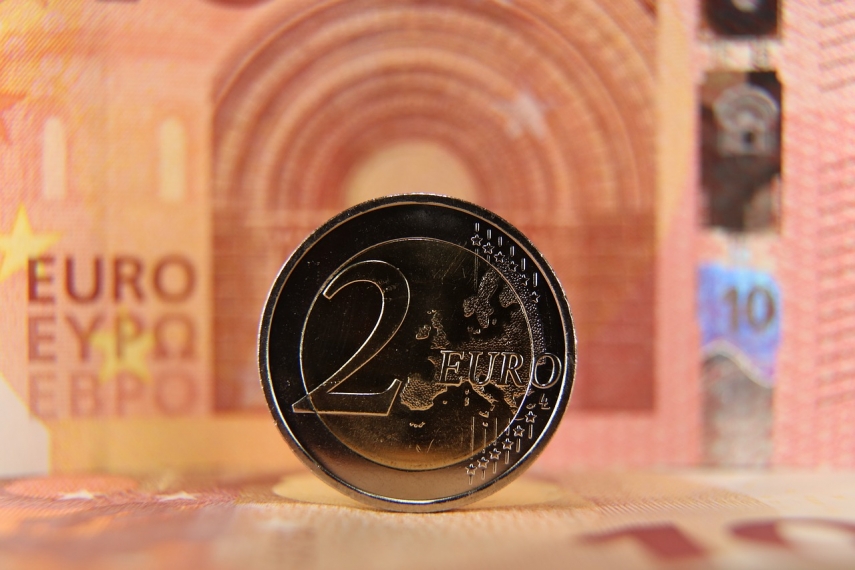 RIGA - To save costs, the European Commission today proposed cutting funding for the Common Agricultural Policy (CAP) and Cohesion Policy by around 5 percent in the European Union's next multiannual budget.

As LETA was told at the European Commission's Representation in Latvia, after critically examining where savings can be made and efficiency improved, the Commission has proposed that funding for the Common Agricultural Policy and Cohesion Policy is moderately reduced - both by around 5 percent.

These policies will be modernized to ensure they can still deliver with less and even serve new priorities. For example, Cohesion Policy will have an increasingly important role to play in supporting structural reform and in the long-term integration of migrants, representatives of the Commission explained. The result of these changes will be a re-balancing of the budget and an increased focus on the areas where the EU budget can make the biggest difference.

With its political priorities defined, the EU now needs the resources to match these. Overall, the Commission proposes a long-term budget of EUR 1.135 billion in commitments over the period from 2021 to 2027, equivalent to 1.11 percent of the EU27's gross national income (GNI). This level of commitments translates into EUR 1.105 billion (or 1.08 percent of GNI) in payments. This includes the integration into the EU budget of the European Development Fund – the EU's main tool for financing development cooperation with countries in Africa, the Caribbean and Pacific and which to date is an intergovernmental agreement. Taking into account inflation, this is comparable to the size of the current 2014-2020 budget (including the European Development Fund), the Commission says.

To fund new and pressing priorities, current levels of funding will need to be increased. Investing now in areas such as research and innovation, young people, the digital economy, border management, security and defense will contribute to prosperity, sustainability and security in the future. For instance, the budget of Erasmus+ and the European Solidarity Corps will be doubled.

New priorities need new investment. This is why the Commission proposes to fund these through a combination of fresh money (roughly 80 percent), redeployments and savings (roughly 20 percent). Building on recommendations from the High-Level Group on the “Future Financing of the EU”, the Commission proposes to modernize and simplify the current overall financing –"Own Resources" – system and diversify the budget's sources of revenue.

The United Kingdom leaving the EU provides an opportunity to address the complicated system of rebates and even "rebates on rebates". The Commission proposes to eliminate all rebates and to reduce from 20 percent to 10 percent the amount member states keep when collecting customs revenues (being one of the "Own Resources") for the EU budget. Both measures will make the EU budget simpler and fairer. In order to avoid any sudden and drastic increases in contributions for some Member States, the Commission proposes to phase out the current rebates over a period of five years.

A major innovation in the proposed budget is the strengthened link between EU funding and the rule of law. Respect for the rule of law is an essential precondition for sound financial management and effective EU funding. The Commission is therefore proposing a new mechanism to protect the EU budget from financial risks linked to generalized deficiencies regarding the rule of law in the member states. The new proposed tools would allow the Union to suspend, reduce or restrict access to EU funding in a manner proportionate to the nature, gravity and scope of the rule of law deficiencies. Such a decision would be proposed by the Commission and adopted by the Council through reverse qualified majority voting.

The European Commission says in its statement that the new budget is intended to reflect the current reality in which Europe is expected to play a greater role in providing security and stability in an unstable world, at a time when Brexit will leave a sizeable gap in our budget. Today's proposal responds to this twin challenge through cuts to expenditure and through fresh resources in equal measure. Funding for the Union's new and main priorities will be maintained or reinforced which inevitably means some cuts in other areas. With the stakes so high, it is time to act responsibly. Today's budget proposal is therefore both focused and realistic.

A new Union of 27 needs a new, modern budget that shows that Europe has learnt the lessons of the past. This means further cutting red tape for beneficiaries and managing authorities by making rules more coherent on the basis of a single rulebook. And it also means setting clearer objectives and focusing more on performance. This will make it easier to monitor and measure results – and to make changes when necessary, according to the statement.

“Today is an important moment for our Union. The new budget is an opportunity to shape our future as a new, ambitious Union of 27 bound together by solidarity. With today's proposal we have put forward a pragmatic plan for how to do more with less. The economic wind in our sails gives us some breathing space but does not shelter us from having to make savings in some areas. We will ensure sound financial management through the first ever rule of law mechanism. This is what it means to act responsibly with our taxpayers' money. The ball is now in the court of Parliament and Council. I strongly believe we should aim to have agreement before the European Parliament elections next year,” said European Commission President Jean-Claude Juncker.

Meanwhile, EU Commissioner Günther H. Oettinger in charge of Budget and Human Resources said: “This budget proposal is truly about EU added value. We invest even more in areas where one single Member State cannot act alone or where it is more efficient to act together - be it research, migration, border control or defense. And we continue to finance traditional - but modernized - policies, such as Common Agricultural Policy and Cohesion Policy, because we all benefit from the high standard of our agricultural products and regions catching up economically.”