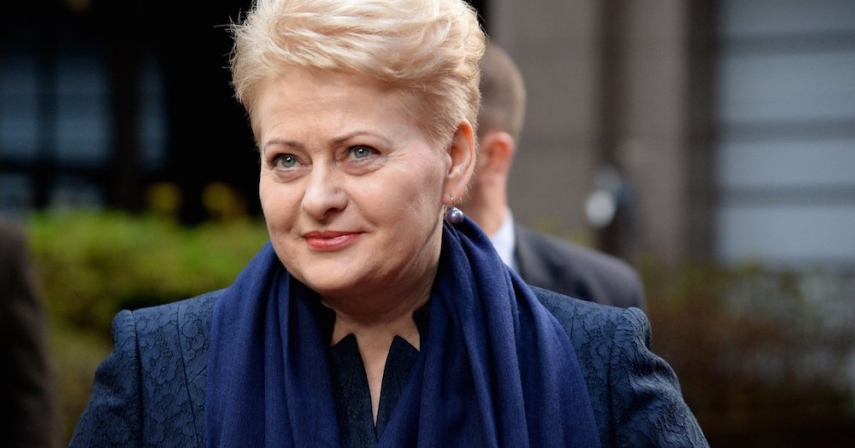 Following the March 22 terror attacks in Brussels, Lithuanian President Dalia Grybauskaite has said that Europe must declare war on terrorists.

Speaking to Lithuanian national radio on March 24, Grybauskaite added that Europe is “too naive and superficial” about terrorism.

“I believe we in Europe are too naïve and superficial about terrorism threats and do not consider them properly,” she said. “We must openly say to ourselves that a brutal and unjustifiable war is taking place against all European people, and therefore the response must be adequate.”

"We must strongly respond with all possible means,” she continued. “By that, I mean to respond to the war with a war against terrorism.

“We must also declare war on terrorists. Measures must be adequate. Terrorists are criminal.

“They are waging war on humanity and on people. And that means our response must be adequate.”

According to Grybauskaite, terrorists aim at the most important European value - human life.

“That means we must step up cooperation among countries and our exchange of intelligence data. That, unfortunately, is not happening.

“We must undermine the sources of terrorism funding, and fight against organised crime; money laundering must have a totally different foundation.”

She also stressed the need to strengthen informational security as "now it's very easy to spread propaganda in Europe and recruit European youth."