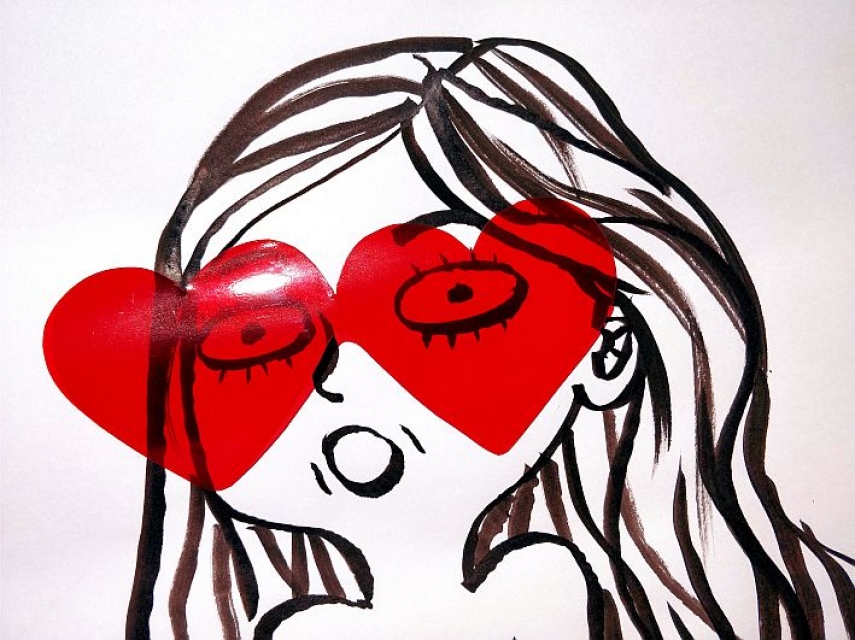 From 14 June to 14 July 2019, the Creative Studio of the ARSENĀLS Exhibition Hall of the Latvian National Museum of Art in Riga (Torņa iela 1, 2nd floor) will host the exhibition Euro Femmes.

During the past couple of years feminism has been increasingly fighting for its place in Latvian culture space and society. Unfortunately feminism is frequently portrayed as an invasion from the Western ideologies instead of being praised for its force to better the growth of the Latvian society.

The young contemporary Latvian and international feminist artists prove the live urgency of feminism in Latvia and abroad.

The chosen artists deal with the broad spectre of feminist topics that the Latvian society finds hard to realize on their own, still battling through the notions of traditional a.k.a. discriminating perceptions of gender and sexuality. Next to that, the works of the young artists from Latvia showcase that patriarchy does not stop feminism from blooming in our own back garden.

The works of Latvian artists are connected in their need to tell a story and to let the female voice be heard. They talk not only about the bigger social scenarios, but dive into the everyday reality, coming together in a demand for a change and development for an inclusive society. Elīna Brasliņa offers a humorous pathway to find a solution in her puppet animation Kam no gendera bail?.

Vivianna Maria Stanislavska uses the medium to portray opinions of the society that can be false, delusional and may be deforming the reality itself. Mētra Saberova’s animated video details the confusing similarities and differences between the Western feminism and the backlagging Eastern European feminism through the lenses of  everyday occurences.

The London based artists further the critique to more specific traps of the patriarchy. Kirstin Barnes video CumCookWithMe#2.2 takes pleasure in making a farce of UK laws regulating female ejaculation in pornography. Camila Gonzalez Corea’s piece IRL, which is a continuation of the most recent project The Nipple Act, aims to reflect a kind of translation between real life and the internet through a feminist lense. Daria Blum’s video installations thematise conflicts in self-representation and in the use of the performing (female) body, consolidating and contrasting dynamics such as audience and performer, humour and tragedy, truth and fabrication. The opening night will begin with Daria Blum’s live performance It’s On Me, a choreographed piece using original music and texts composed by the artist.

A wide programme of events will be provided during the exhibition, including director’s, publicist’s and feminist’s Alise Zariņa’s lecture on the role of women in the film industry, philosopher duo’s Anne and Ainārs Sauka’s lecture on the relations between women, flesh and history, as well as Elīna Brasliņa’s workshop for children and meetings with the exhibiting artists. London based American curator and writer Herb Shellenberger will host a screening of CAVE GIRLS + TRASHY FASHIONS: Unseen Post-Punk Videos by Women compiled from the 1970s and 1980s experimental women filmmakers in the USA.

ABOUT THE ARTISTS and WORKS

Elīna Brasliņa works mainly in illustration and animation. She has illustrated around twenty children books, the most well known being series written by Luīze Pastore Mākslas detektīvi [Art Detectives]. Had been nominated for local book awards and received Zelta Ābele award twice (2014, 2015) and Jāņa Baltvilka award once (2017). Elīna’s illustrated books have been published in Great Britain, Ireland, France, Spain, Belgium, Croatia, and the Czech Republic. She is the main artist for the animation film Jacob, Mimi and the Talking Dogs (2019), directed by Edmunds Jansons.

Elīna Brasliņa received her BA and MA in the Graphic Department at the Art Academy of Latvia and has participated in graphic art shows in Latvia and internationally. In her latest solo show What do I do when I am not illustrating books (art gallery Micēlijs, 2018) Elīna turned to the interplay between text and image in various mediums (graphics, textile art, animation) and various contexts, including the female body. In her work author touches feminism but in a searching and intuitive manner not always stemming from deep theoretical background, yet leaving with a layer of irony.

Vivianna Maria Stanislavska is a graphic artist who mainly works in illustration. She has illustrated five children books  and has received the Jāņa Baltvilka award. Artist actively participates in exhibitions in Latvia and internationally, has had three solo shows and has self published three zines.

Vivianna will be graduating this year from her master’s degree at the Art Academy of Latvia and has extended her education in Krakow (Poland) and Lucerne (Switzerland). In her spare time she creates comics for various publishers. Her interviews with Latvian women about breasts in a large scale comic format were on exhibit in Jana Kukaine’s curated show Glandula Mammae (2018) in the Pauls Stradiņš Museum of the History of Medicine in Riga.

Mētra Saberova is a Latvian moving image and performance artist, living and working in London. She gained an MA in Fine Art at Central Saint Martins in 2017. Mētra is currently doing a practice-based PhD at London South Bank University, exploring the use of radical body art as a social platform to disrupt the patriarchal construction of intrinsic motherhood. She has used her own orchestrated experiences of medical tourism and bodily interventions to encourage discussions about the female body and its capabilities, including tubal ligation in Thailand, hymenoplasty in Poland, IVF consultations in Bulgaria and full breast tattoos in Latvia. Next to the international exhibitions, her focus is the scene in Riga, forming a core of the young Latvian feminist artist and activist generation.

Daria Blum (b. 1992 Lucerne, CH) is the protagonist in her own work, embodying different characters in order to consider the awkwardness of performance. Her live shows and video installations implement different styles of movement and dress, texts, and music she composes, to thematise conflicts in self-representation and in the use of the performing (female) body.

Camila Gonzalez Corea is a Costa Rican artist with a background in cinematography and photography, who graduated from a MA Fine Art at Central Saint Martins, London, in 2018. Her art deals almost exclusively with feminist topics, its aim is to provoke discussion about the related topics through exposure of ideas and/or activist approaches to gender inequality. Camila’s practice is inspired by other artists as well philosophers and theorists and she is currently interested in incorporating and experimenting with as many mediums as possible. Her most recent project The Nipple Act, that bypassed Instagram cenzorship of female nipples by turning the female breast photographs into compilations of emojis, has been featured widely in publications internationally, including the BBC Newsbeat and The Huffington Post.

Kirstin Barnes graduated from a MA Fine Art at Central Saint Martins, London, in 2017. Her work looks at elements of the self, dissemination of image and participation. Artist herself features in much of her work and the exploration of the patriarchal view is a common theme. Barnes’ research investigates her interest in the uncomfortable and the prurient. Her work tends to manifest itself as film and installation and is often politically charged, whilst holding a tongue in cheek stance.