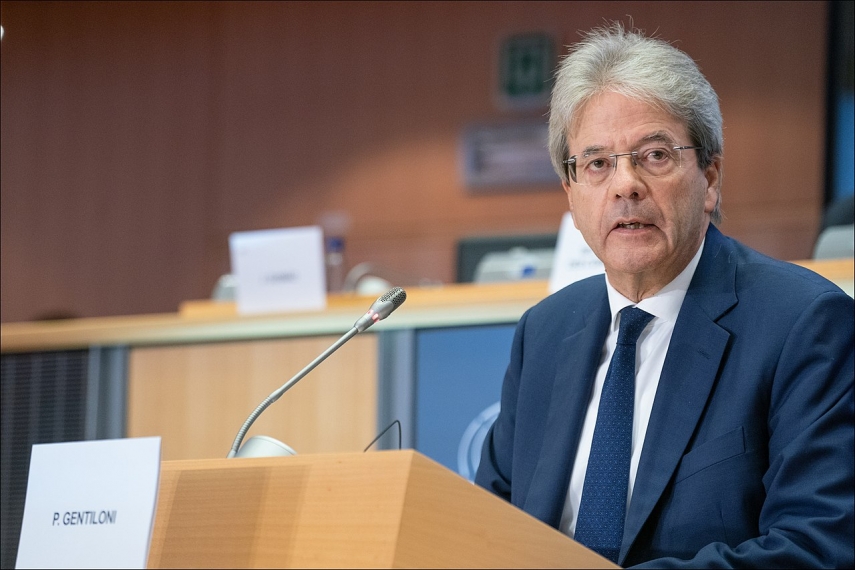 CERNOBBIO (Italy) - EU Economy Commissioner Paolo Gentiloni said Saturday that the European Union was "well prepared" in the event of a total halt in Russian gas deliveries, thanks to storage capacity and energy-saving measures.

"We are well prepared to resist Russia's extreme use of the gas weapon," he told reporters on the sidelines of an economic forum organized by The European House - Ambrosetti.

"We are not afraid of Putin's decisions, we are asking the Russians to respect contracts, but if they don't, we are ready to react," he said.

Russian gas giant Gazprom said Friday that the Nord Stream pipeline linking Russia to northern Germany, which was due to resume service Saturday after a three-day interruption for maintenance operations, would be "completely" stopped until a turbine is repaired.

Moscow was reacting to a decision announced Friday by the G7 countries to target Russia's energy windfall by agreeing to cap the price of its oil.

European Commission chief Ursula von der Leyen said Friday that "it would be time" to put a ceiling on the price of gas imported via the pipeline from Russia, backing a measure advocated by Italian Prime Minister Mario Draghi.

In the European Union, "gas storage is currently at about 80 percent, thanks to the diversification of supplies," even if the situation varies from one country to another, Gentiloni said.

He said Brussels had "done a lot in recent months" but "today it is possible to do more".

The aim is to "pursue the strategy of a united Europe that works against the invasion of Ukraine using economic weapons," he explained.

"We are supporting Ukraine. We have to do it now more effectively."