EU could step up sanctions for Belarus – EP president in Vilnius 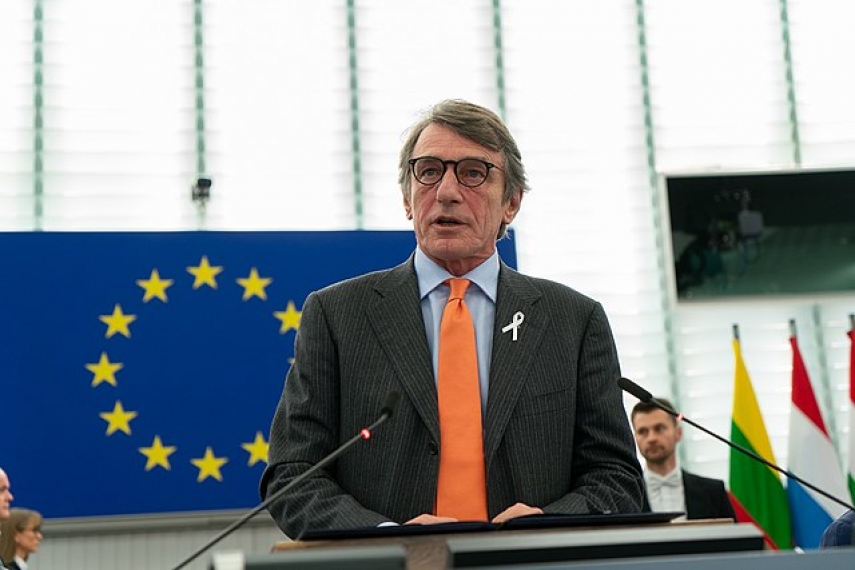 VILNIUS – The European Union's existing sanctions for Belarus are effective but those can be further stepped up, European Parliament President David Sassoli says.

"We don’t want to go back in terms of sanctions. We believe that it's an effective way. We spoke with the prime minister (Ingrida Simonyte – BNS) and said that they might be stepped up. (…) Every time we touch the wallet, there's a reaction, therefore, we see it might be a positive thing," Sassoli told a joint press conference with the Lithuanian prime minister in Vilnius on Wednesday.

"We will definitely not renounce the sanctions. What we are demanding is the release of political prisoners, not to hear about such aggressive facts like about the Ryanair plane, the kidnap of the young man, Raman (Pratasevich), who is being kept under house arrest, but he was humiliated in the eyes of his community (…). It's humiliation and we want it to be compensated," the EP president said.

Sassoli also said he was baffled by Russia's April decision to introduce sanction for him and several other European officials, banning them from entering the country. He views that as a response to the EU's principled position on subjecting Russia to sanctions.

The European Union imposed sectoral sanctions for Belarus, including its trade in potassium fertilizers, in late June. Earlier sanctions applied to Belarusian officials linked to a crackdown on and repressions against peaceful demonstrators.

In early August, Lithuanian Foreign Minister Gabrielius Landsbergis called on the EU to impose new sanctions for Belarus and not to recognize decisions by authoritarian Belarusian leader Alexander Lukashenko.