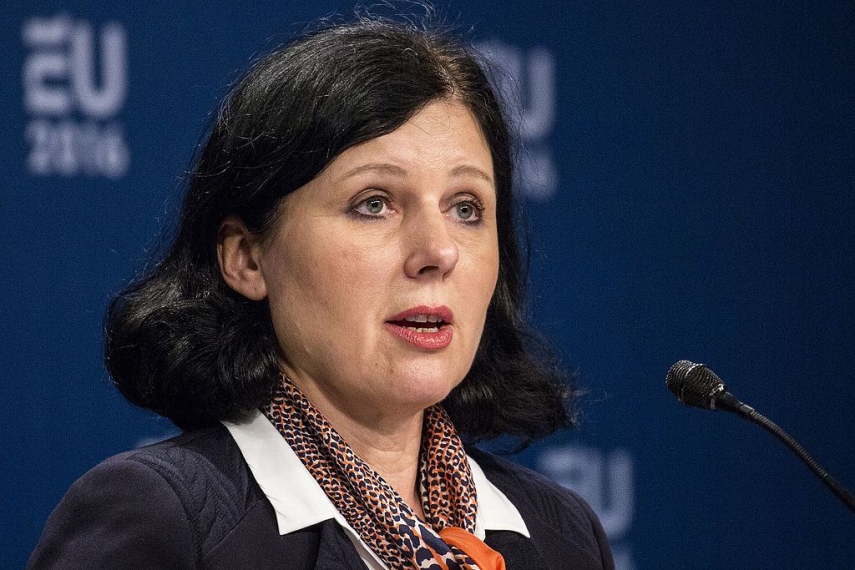 VILNIUS – The European Parliament's election next year might be affected by the propaganda of Russian and other countries and even cyber attacks, European commissioner Vera Jourova warns.

"The new elections will not be "business as usual", we have to mobilize all the sources and all the forces," the EU commissioner in charge of justice, consumers and gender equality, told journalists in Vilnius on Thursday.

In her words, member states have also been provided with specific recommendations.

"There can be threats from outside (the EU – BNS Lithuania), I don't want to define that only from Russia. But this is, anyway, the general issue, that all influence and threats from the outside must be carefully analyzed and stopped as early as possible," the European commissioner said.

The recommendations also include proposals for member states to ensure an autonomous vote for voters, ensure data protection prevent their use for political campaign goals.

Jourova also underlined that the threat of Russian propaganda is an important issue for former Soviet Union members, including Lithuania.

The commissioner said EU members states should also be prepared for possible cyber attacks. In her words, the EC is working with IT companies to "mobilize capacities" against disinformation sources, including also special fact-checkers.

"We want member states to strengthen their effort against cyber attacks, we are recommending member states to look into the rules which they apply for the political campaigning," Jourova said.

In her words, the recommendations also include the proposals to apply the same political camping standards for the traditional and online media, to mobilize forces against fake news and "intentional disinformation which has the intention to disrupt the society and to influence the voters' decisions" and "to damage democracy".

"This is exactly the case, which I would say, might be the propaganda, coming from Russia. We have some examples that were revealed not only during the American elections, but also during some other elections in the EU. We are still analyzing the Swedish elections to see where that propaganda came from. But there are other waves of disinformation," the EC official said.

A new European Parliament will be elected in May.