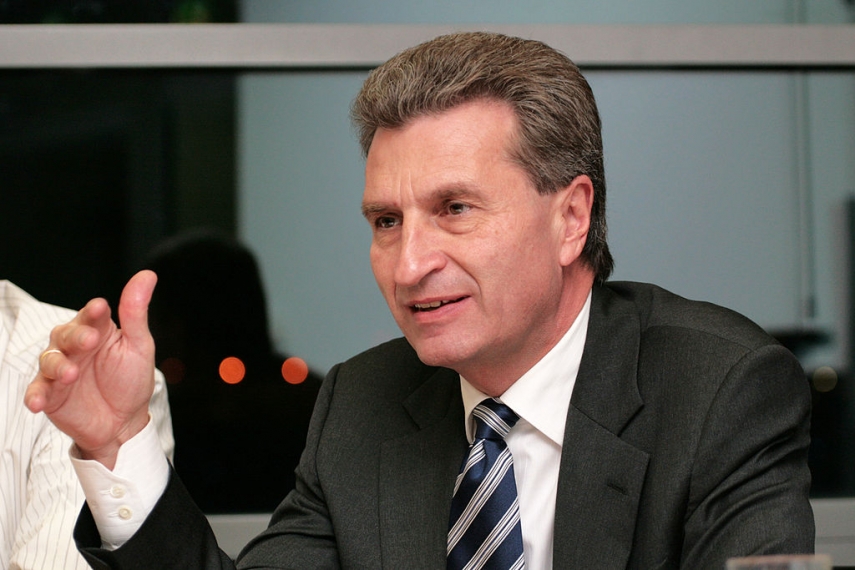 It was reported earlier that the negotiations might be finished in 2018.

Speaking at ADA University in Baku on Friday on relations between the EU and Azerbaijan in light of global events, Oettinger said an agreement had been reached on some aspects of a new strategic partnership agreement between Azerbaijan and the EU, but there are some differences related mainly to trade.

If Azerbaijan was a member of the World Trade Organization (WTO), everything would have been much easier, he said.

The mandates of six European commissioners will expire in October 2019, and the EU and the Azerbaijani government will try to conclude the agreement by this time, Oettinger said.

Next year will also mark 20 years since the conclusion of a cooperation and partnership agreement between the EU and Azerbaijan, and a new agreement should be ready next year, he said.

Azerbaijan filed an application for WTO membership in 1997.

Baku signed a bilateral protocol on completing negotiations on joining the WTO with Turkey in 2007, with Oman and the United Arab Emirates in May 2008, with Georgia in May 2010, and with Kyrgyzstan in 2012.

It was reported earlier that the Council of the EU on November 14, 2016 endorsed the issuance of a mandate to the European Commission and the high representative for foreign affairs and security policy to hold negotiations on a new agreement with Azerbaijan, which should replace the 1999 cooperation and partnership agreement.

The negotiations on a new agreement were started on February 7, 2017.