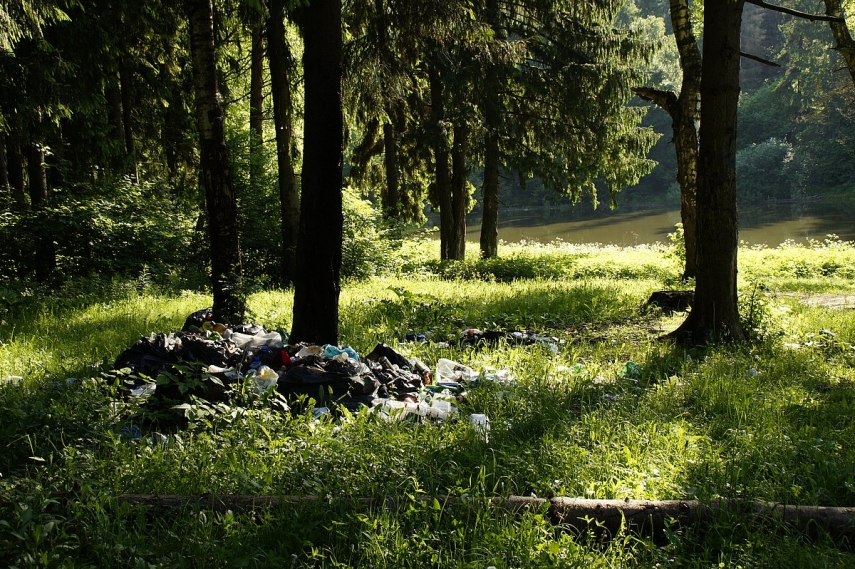 TALLINN – A total of 290 tons of waste was cleaned up from Estonian state forests in 2019, about eight tons more than the year before, and the situation when it comes to the littering of forests has not improved over the years, state forest management company RMK said.

Bigger amounts of garbage are found in the forest in areas where there are more residents. The most problematic regions named by RMK are Harju county, Laane county, Rapla county and East-Viru county.

According to Andres Sepp, chief forester at RMK, things have not got better over the years and RMK can only deal with the  consequences, not the causes.

"Judging by the picture that I see in forests, I cannot say that things have got better. Regular household waste and packages -- maybe we're getting less of it indeed, it is covered by organized garbage removal. What causes problems is construction waste, old tires and electronics, disposing of which at a recycling station costs money," Sepp said.

At the recycling station of Suur-Sojamae in Tallinn, for instance, getting rid of a ton of construction waste costs the customer 90 euros, on top of which a sorting charge of 65 euros is required in some cases. The disposal of old tires costs as much as 300 euros a ton.

For private customers disposing of many kinds of waste at the recycling station is free.

According to Sepp, RMK every year also has to deal with fallen tree leaves collected by people from their gardens and dumped in a forest.

"Leaves as such are not a problem, but when they come in a plastic bag this causes a problem for us," he said.

Four years ago, RMK started installing surveillance cameras near major unauthorized dump sites. The number of such cameras is not made public. Besides, cameras are shifted between locations.

Thanks to the cameras many a perpetrator has been punished.