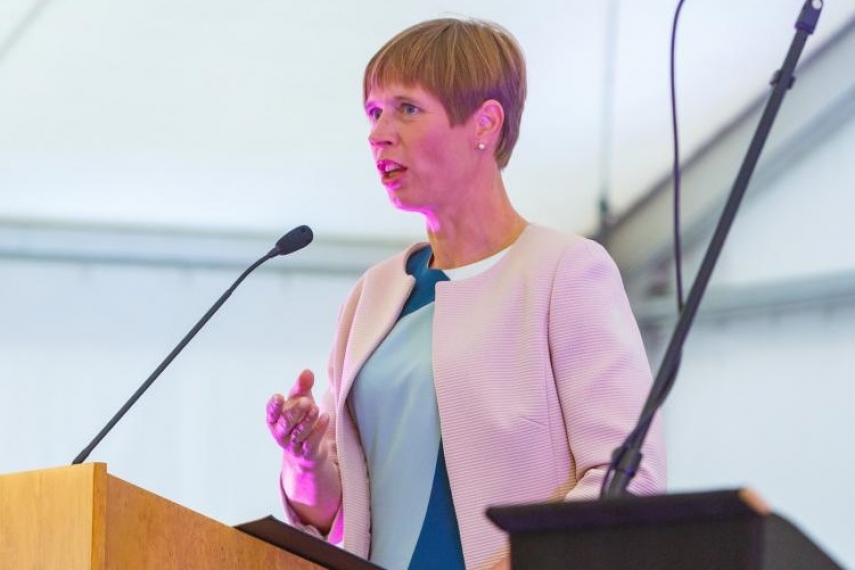 TALLINN - Estonian President Kersti Kaljulaid will be on a work visit to Paris this week where she will take part in the Paris Peace Forum at the invitation of French President Emmanuel Macron, and give presentations at UNESCO's General Conference and the GovTech summit on e-governance.

Paris Peace Forum is a gathering started at the initiative of Macron, where heads of state along with representatives of international organisations and third sector come together to find solutions to the challenges ahead of us.

The forum takes place for the second time and will this year focus on climate, cyber security and good election practice. The Estonian president will give a presentation in a round table on artificial intelligence. Kaljulaid and other heads of state and leaders of international organisations will also take part in a Peace Forum dinner, hosted by the French president in the Elysee presidential palace.

The Estonian head of state will also take part in the opening event of UNESCO's General Conference; she will speak about digital game-changing technologies. Kaljulaid will also give a presentation at a joint e-health conference organised by the Estonian Embassy in Paris, Enterprise Estonia and France Digital Health. In the coming years, France plans to adopt several services applicable already in Estonia, such as digital prescriptions and system of referrals, and Estonia is sharing its experiences in this sphere.

At the GovTech summit, participants in which include international e-governance actors from public and private sector, the president will speak of the options for transferring Estonia's digital model and the challenges faced by digital society, including data protection, trust and coping with digital threats.

Kaljulaid will also participate in the graduation event of Ecole Nationale d'Administration for civil servants; she is the patron of the school and will tell the young top managers, among other things, about the need to reformulate education within digital society. Earlier patrons of the course have included the leading EU Brexit negotiator, Michel Barnier, former president of the European Council, Herman van Rompuy, President of the European Commission Jean-Claude Juncker, and former president of France, Valery Giscard d'Estaing.

Kaljulaid will return to Estonia late on Thursday night.