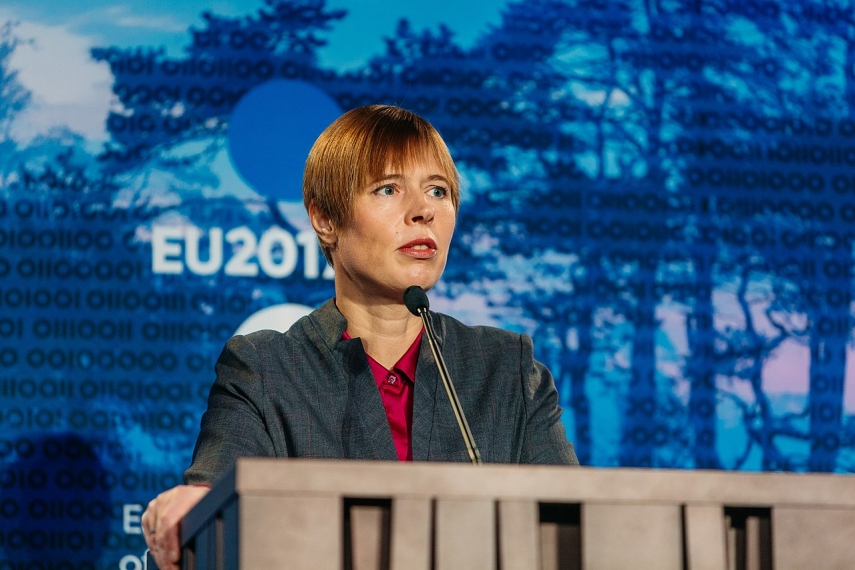 TALLINN - Estonian President Kersti Kaljulaid on Monday spoke with the members of the defense forces who were active with the field hospital set up next to the hospital of Kuressaare, capital of the island of Saaremaa, to thank them for their contribution.

"Although, fortunately, not all of the  field hospital's 60 bed places found full use during the crisis, the endeavor definitely was necessary and sensible, easing the workload for Kuressaare hospital in these difficult days. But it also was an important signal for Saaremaa residents that the state has not left them on their own. Besides, the defense forces had a chance to demonstrate that their capabilities and people are helpful also in other crises than strictly military crises," the president said on social media.

The head of state described it as impressive that during the month-long period, none of the people working at the field hospital fell ill, which shows that if hygiene and infection-preventing measures are property observed it is possible to organize the work of a hospital without staff getting infected.

"Many thanks for that to the conscripts active with the field hospital, who bore the brunt of infection control and who carefully saw to it that protective clothing is put on properly and, what is more important still, is also taken off properly -- which is especially important to remember after a hard day's work. With this endeavor they received an experience which they apparently didn't expect when joining conscript service. I wish all people of the field hospital a good holiday, recovery, and good pending entry into reserve for the conscripts," the president added.