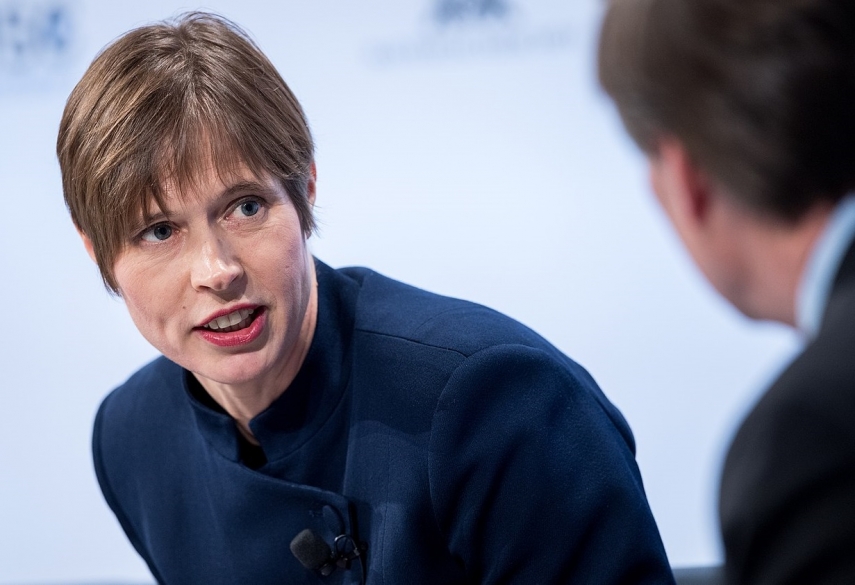 TALLINN – Estonian President Kersti Kaljulaid on Friday evening signed an order to release Kert Kingo from the office of minister of foreign trade and information technology.

The president explained to journalists after signing the order that she received the request of Prime Minister Juri Ratas for the release of the minister from office digitally when she was in Japan on a visit. Kaljulaid said she postponed signing the document until her return to Estonia as she doesn't consider the replacement of a minister to be a technicality.

Kaljulaid also said that she wants to meet with the prime minister to talk about what is Ratas' view of the role of the person serving in that ministerial position in the government.

"This is a very important position. Estonian entrepreneurs need an advocate in the minister with whom to conquer the world. I hope that a good candidate who is competent, interested in that work, knowledgeable, and wishes to travel the world and tell the story of Estonia will be found as soon as possible," the president said.

Kaljulaid also emphasized that a minister must base themselves in their work on the oath that they took when taking office.

"Ministers take an oath of office before the Riigikogu, swear to bear responsibility before the Republic of Estonia and their own conscience. These are words that each minister must think about every day," she added.

Kingo on Wednesday evening tendered her resignation as minister of foreign trade and information technology to Prime Minister Juri Ratas. The premier accepted the letter of resignation and forwarded it to President Kersti Kaljulaid.

Kingo fell under criticism after she denied during parliament's question time having been in contact with Jakko Vali, then a member of the Green Party, in connection with a plan to hire him as her adviser.

"I have not met with him, let me be frank about it," Kingo told lawmakers, adding that she had not talked with Vali about the latter taking up the job of adviser to her either. "We have not met, we have not talked about it," Kingo said in the wake of revelations that Vali had posted indecent comments about former Center Party MP Evelyn Sepp on social media.