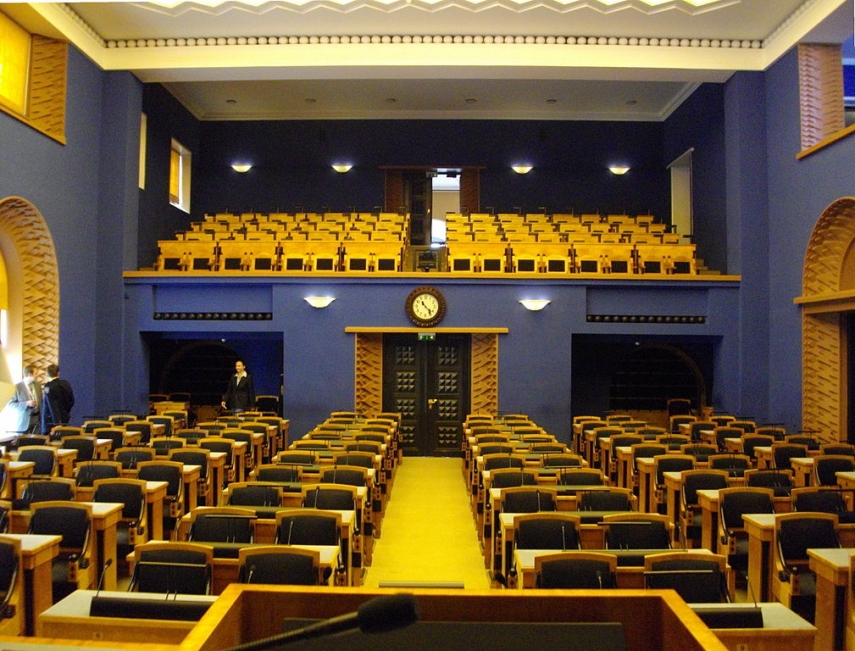 TALLINN – President Kersti Kaljulaid on Saturday signed the decision to proclaim the elections for the next, 14th membership of the Estonian parliament to be held on March 3, 2019.

"As important as it is to help those in need, one's community and society, like is being done by the ones recognized today and tens of thousands of other fine volunteers, it is to also come together as citizens to ballot boxes every four years – whether it be at a polling station near home or on one's own computer, the option of which has been available for one and a half decades already – and decide how to proceed with our country. This is a decision concerning the future of us all and our country," Kaljulaid said when proclaiming the elections at an event held to recognize volunteers of the year at the Johvi Concert Hall on Saturday.

"As of today, there are 92 days until the elections. I suppose that over those days, we will hear a lot about who is the most suitable person to gain your approval and who others do not believe deserves it at all," the president said. "Increasingly often, we must think about the kind of values the candidate standing in front of us has. One thing is election promises and things that the candidates themselves really want to talk about. They talk on the television, the internet browser, on the shop wall, in front and behind, on the street and on the train. But at least as important is the question whether we can predict and assess how a candidate would behave in situations that are unpredictable today, which we do not talk about today, because we do not know what the future will bring. This must be thought about, as in unpredictable situations, we always act according to our compass of values," Kaljulaid said.

"What kind of values is your candidate standing up for? What is the basis for the decisions that they make?" the head of state asked rhetorically. "When making your decision, in addition to having a glance at the election promise also look inside persons and assess their compass of values. Or even, look predominantly at that. Practical promises are not empty dust, those are important, too. More important than that is whether our politics is the politics of extending a helping hand, the politics of supporting one another and standing beside one another."

"Also in tough debates, in the world of false facts, whether every candidate is prepared to put their hand on their heart, stand beside their competition and say: 'If you are struck by an avalanche based on false accusations, I will not use it to support my own campaign. I will stand beside you and call for everyone to determine the facts and then see'," Kaljulaid said.

The electoral committee will distribute the mandates at a meeting to begin at 12 p.m. on Monday. The submission of candidates for registration will start at 10 a.m. on Tuesday and last until 6 p.m. on January 17.