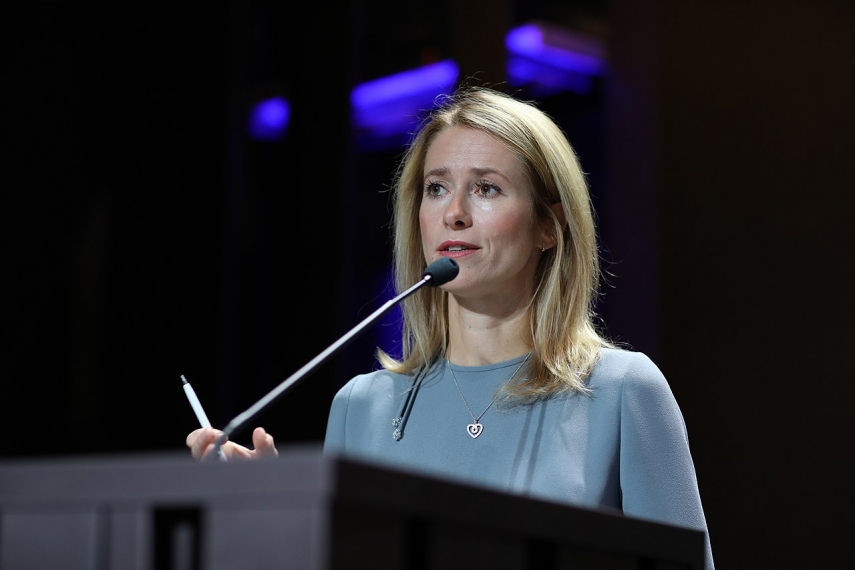 TALLINN - Estonian President Kersti Kaljulaid on Friday signed a decision to name the leader of the election winner Reform Party, Kaja Kallas, as the candidate for the position of prime minister and Kallas accepted the president's proposal to start forming the new government.

At the meeting with Kallas, Kaljulaid emphasized that the chairman of the party that received the highest number of votes at the parliamentary elections must be allowed to make a bid and declare what they would like to stand for as prime minister and what kind of Estonia they would want to build.

"This is namely why today, I made the proposal first to Reform Party chair Kaja Kallas to establish a government," the president said.

Kallas now has 14 days to give a presentation in parliament about the principles of forming the future government and receive the support of the Riigikogu.

"I accepted the president's proposal to start forming the government," Kallas was quoted by spokespeople as saying. "I wish to take advantage of this opportunity for two reasons. Firstly, to send a signal to society that politics can be done positively and in a dignified and open manner. Without belittling or threatening anyone," she said.

She noted that it would have been better from everyone's point of view if the election results had been determined quicker and official procedures were carried out at greater speed. "While forming the IKE [Isamaa, Center Party, Estonian Conservative People's Party (EKRE)] coalition took three weeks, my wish is to get things done in one work week," Kallas said.

The Reform Party leader said she understands that the fierce political atmosphere of the last few weeks has an exhausting effect on the society. "It is clear that the planned government and the rhetoric of its members have aggravated many in the society. I think that it is time for us to close the trenches of the election battle and stop the aggressive rhetoric. It is now important to look at the themes substantive for Estonia -- we have major problems in the state's finance, regional inequality, Russian-language education and healthcare. We wish to put together a foundation of governance that addresses these problems," Kallas said.

"I have taken into consideration the fact that we may not have enough support in the parliament. My wish is to address the members of the parliament and potential government. I want to emphasize to them that when it comes to power games, one must not forget the substance and dignity of politics. I think that with SDE, we are able to offer many thoughts that could find support among Center Party and Isamaa members," she said.

"We know that there are many of those among Center Party and Isamaa members and MPs who are not satisfied with the IKE coalition to be established. As an MP is free in their vote and must follow their conscience, we hope that voters will also appeal to the conscience of their elected MPs. How any given MP will vote must be asked from each MP separately," Kallas said.