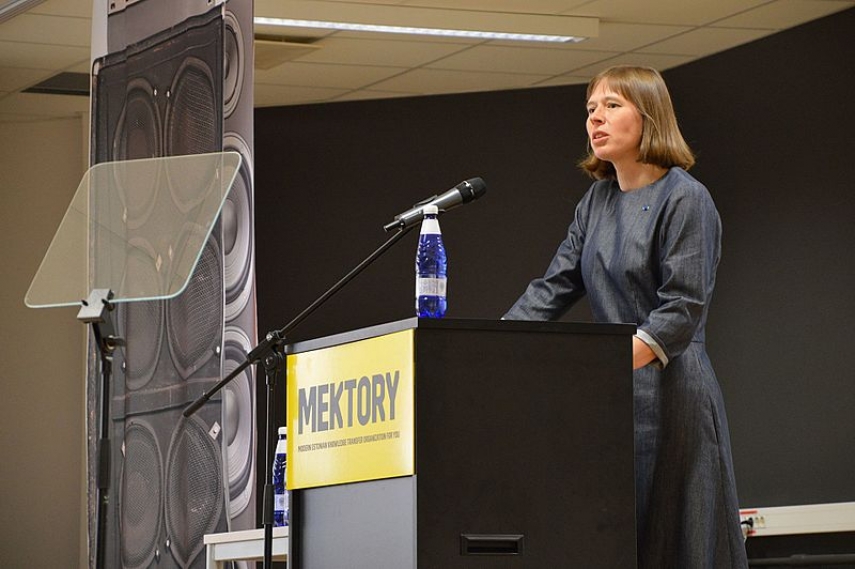 At the meeting between Tusk and Kaljulaid, both parties said that migration will probably be one of the main topics that the European Union will have to deal with during Estonia's presidency of the Council of the EU. "Member states have to be honest with each other in regard to migration topics and recognize that the refugees who have been accepted by member states will possibly not stay in the country where they were sent," Kaljulaid said. She added that in the light of that it is especially important that the crisis would be solved solidarily and together.

Kaljulaid and Tusk also talked about the digital issues. "The great expectation of all our partners is that a big tiger's leap will take place in the whole EU digital field during Estonia's presidency. I hope that we will rather be able to change the attitude and the leap will be more philosophical than technical. Cyber hygiene will definitely be one topic which will be in focus," Kaljulaid said.

At the meeting between Kaljulaid and Juncker, the main focus was on the future of Europe and the EU. They both said that the attitude toward the EU has become a little big more positive. The head og state expressed hope that in the future Estonia's EU presidency term would be looked back at as a time when the ice started to break and people's trust in the EU recovered.

The present state of large infrastructure projects was also discussed at the meeting. Juncker expressed interest in Rail Baltic as well as the desynchronization of Estonia's power networks from the Russian networks. When speaking about funding cross-border transport networks, Juncker said that he believes that we can be sure of the priority of the funding continuing.