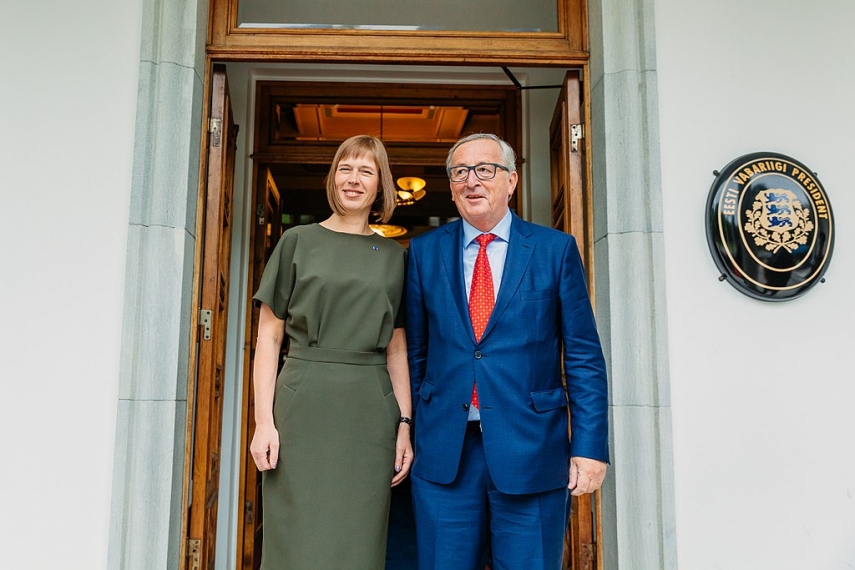 TALLINN - Estonian President Kersti Kaljulaid is in Brussels on a working visit Thursday, where she is scheduled to meet with European Commission President Jean-Claude Juncker and attend the world premiere of Symphony No. 9 of Estonian composer Erkki-Sven Tuur.

The main topics to be discussed at the meeting with Jean-Claude Juncker are plans for the new EU financial period and the energy policy of the union. In addition, the Estonian head of state will take part in two discussions with the leaders of the European Political Strategy Center and the European Union Institute for Security Studies (EUISS) think tanks in which the future of the EU, joint defense initiatives and Eastern Partnership will be explored.

Within the framework of the cultural program of the centenary of the Republic of Estonia the world premiere of Erkki-Sven Tuur's Symphony No. 9, "Mythos," will take place at the Bozar concert hall in Brussels. The conductor will be Paavo Jarvi and a reception will precede the concert.

The head of state will return to Estonia on Friday.