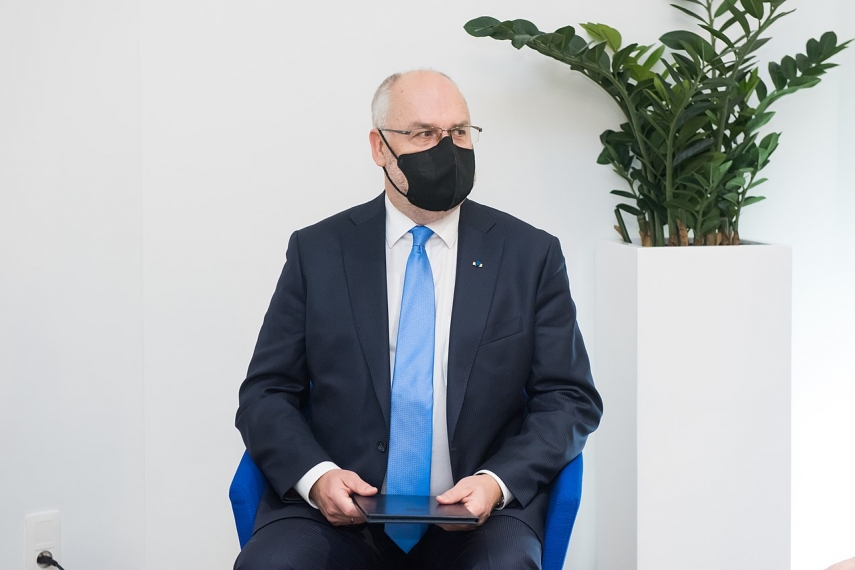 TALLINN – Estonian President Alar Karis, who met with NATO Secretary General Jens Stoltenberg during the latter's flash visit to Estonia on Tuesday, said that the strengthening of NATO's eastern flank is an unavoidable response to Vladimir Putin's war decision.

"The unity, speed and decisiveness of Western countries in supporting Ukraine as the victim of war and controlling Russia as the aggressor is the only conceivable option," Karis said.

The Estonian head of state added that the war initiated by Putin against Ukraine made the question of how to stop the aggressor right here in Europe burning again.

"Putin's decision of war destroyed Europe's previous security picture," Karis said. According to the president, only a year ago, a scenario in which the land, air and naval forces of one European country are attacking a neighboring country, bombing cities and occupying a foreign land was the plot of a science fiction film. "Putin's war against Ukraine made it a horrible reality that we are seeing in Ukraine for the sixth day running. This is a brutal violation of international law, a crime," Karis said.

In response to Putin's war in Ukraine, NATO is strengthening its presence in its eastern flank countries, including Estonia, Latvia, Lithuania and Poland.

"This is an unavoidable response to the ambition of the leadership of Russia to dictate foreign and security policy choices suitable to the Kremlin with war," the president said. "All NATO allies are equal, be they in the north, south, east or west."

Karis and Stoltenberg commended the perseverance and bravery of Ukrainians in defending their country and extended condolences to the next of kin of those who have died in this war.

"By defending their homeland, Ukrainians are also defending the democratic Europe of all of us, the freedom of all of us," Karis said. "The victim's of Putin's war, both Ukrainian civilians as well as Ukrainian soldiers, want peace and to live peacefully at home. Their suffering is immeasurable."

The Estonian head of state and NATO secretary general also discussed close and precisely coordinated cooperation between NATO and the European Union in responding to Russia's aggression.