Estonian president: It is time for governments to invest in technology 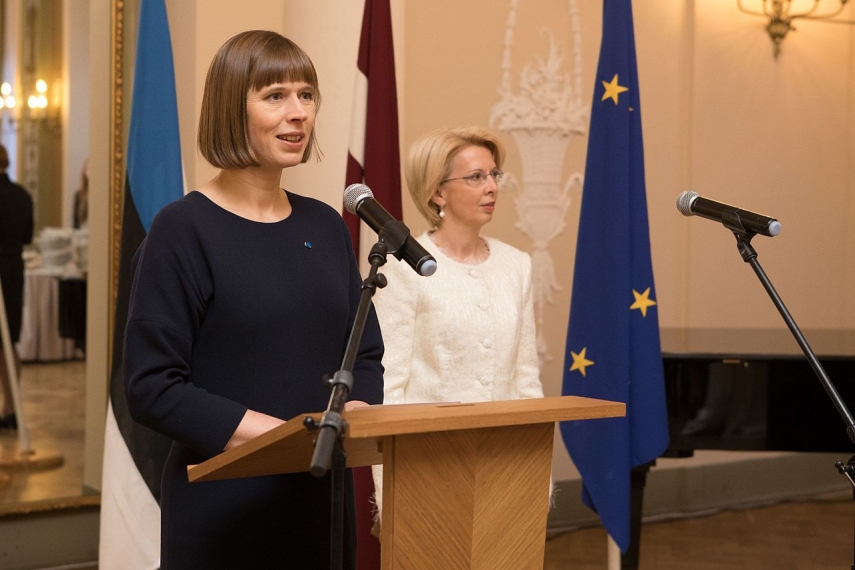 TALLINN – It is time that governments start investing in technology by automating many operations but also changing the whole society, like it has been done in Estonia, President Kersti Kaljulaid said in an interview to Norway's leading newspaper Aftenposten.

"It is high time for the governments to come together and acknowledge that they have to invest in technology that benefits their people," Kaljulaid told Aftenposten. "This not only concerns automating processes in factories, but also changing the whole society like we have done in Estonia. Transition to a digital society takes place in cooperation with the authorities, the economic sector and residents," she added.

Aftenposten reports that Estonia has been very successful in digitization as it was the first country to switch to digitization of public services, including the healthcare and school system as well as elections. According to Aftenposten, 99 percent of services in Estonia are accessible online.

"With a digital ID, like we have in Estonia, it is possible to save lives," Kaljulaid said, adding that the healthcare sector is especially important when it comes to digitization. "For instance, when you are in an accident and need to be taken away by the ambulance, it is possible to log into your medical history in the ambulance and check your medical record. I believe we would all allow the ambulance crew to do that if our life was in danger," she added.

Kaljulaid's wish is that all EU citizens could have access to medical care everywhere else in the EU, Atenposten reports. For instance, if a German citizen is taken ill in Greece, a local doctor would have access to the person's medical history in order to threat them.

According to Kaljulaid, it is important that citizens are included and they understand that using digitization is safe and reliable.

According to Kaljulaid, Estonia is not the only country in Europe that uses digitization of public services. For example, Finland also uses the X-Road platform like Estonia, and Luxembourg and Germany are also moving in the direction of digitization.

Kaljulaid is to attend the Aftenposten technology conference in October.