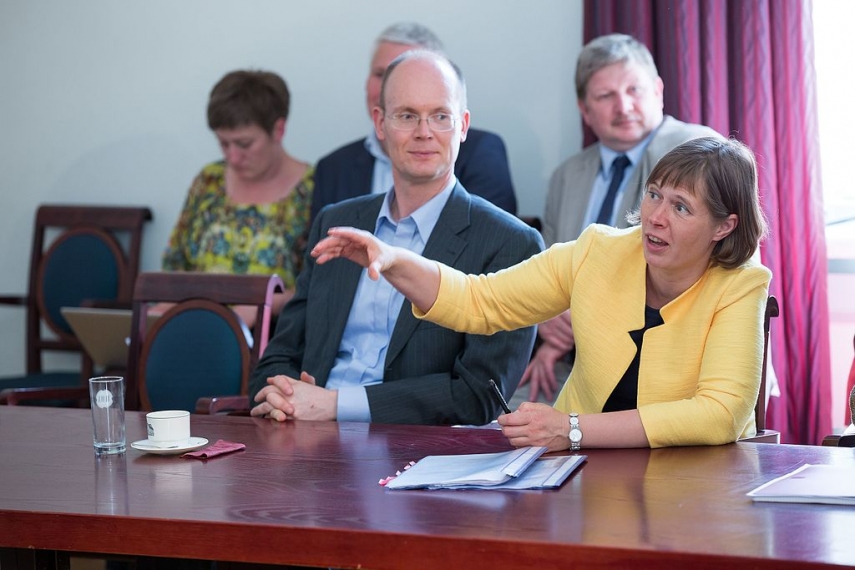 TALLINN – The security and foreign policy of the European Union needs to be uniform, Estonian President Kersti Kaljulaid said during a meeting with Slovakian President Andrej Kiska in Bratislava.

"For the sake of the future of Europe, the member states of the European Union must remain uniform in the changed security situation and post-Brexit era," Kaljulaid was quoted by spokespeople as saying.

"The European Union must focus on cooperation between the member states and common goals, this is the only option to emerge stronger from the challenges that Europe is facing," the president said. "I am happy to state that as European Union member states and members of NATO, Estonia and Slovakia share a similar understanding of the security situation in Europe and contribution to defense-related cooperation."

Also in Bratislava, Kaljulaid was scheduled to participate in the Globsec international security forum, where she was to speak in a panel discussion on the future of Europe alongside Peter Kazimir, Slovakia's minister of finance, Jan Krzysztof Bieleck, former prime minister of Poland, Yves Bertoncini, director of the Jacques Delors Institute, and Ivan Korcok, state secretary of the Slovakian Ministry of Foreign and European Affairs.

Bringing together opinion leaders in European foreign and security policy as well as politicians and representatives of think tanks, Globsec is the most high-level security forum in Central Europe.