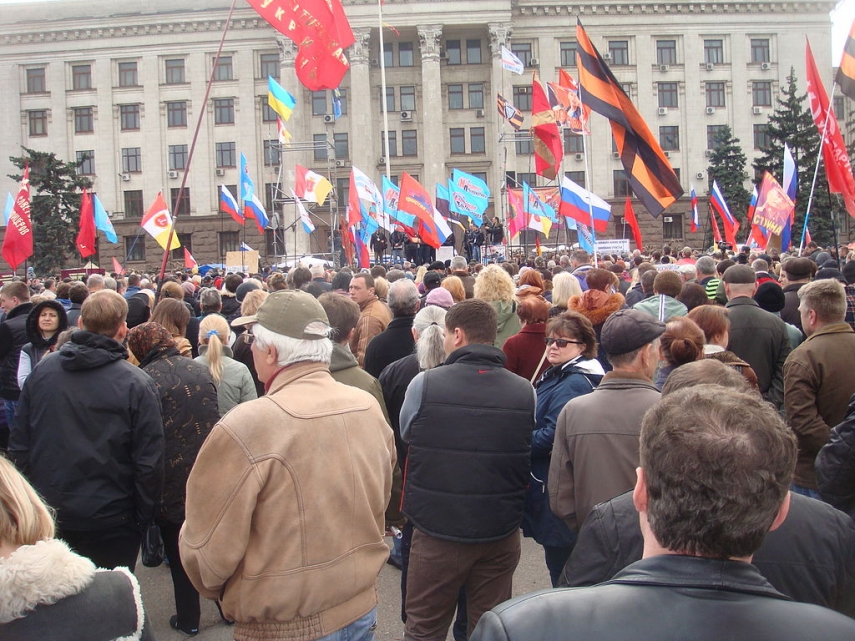 Estonian President Toomas Hendrik Ilves said on Tuesday that he is worried about the perspective of some Western states that pro-Russian separatists are active in Eastern Ukraine, rather than the Russian army, Postimees Online reports. He made these comments during a public debate at Tartu University with European Commission First Vice President Frans Timmermans,

"I worry that in the case of Ukraine, no one admits publicly that the Russian army is there. They talk about Russian-supported separatists. We see, however, at the Ukrainian territory weapons that five years ago were not there," said Ilves.

President Ilves said that Ukraine is not capable of fighting the modern Russian army with outdated military equipment. He added that the choice is either arming Ukraine or submission - and that choosing the latter option will mean Russia winning.

"When you are attacked and you do not fight, you lose. It must be understood in Europe," he said.

Timmermans also condemned Russia's actions, pointing out that even during the Cold War, borders were not moved in Europe as Moscow has now done in Ukraine. According to him, the EU should not waive sanctions, pressure must be exerted on Russia to stick to the Minsk agreement, otherwise small countries in Europe will no longer be safe.

"These organisations are acting, with all means, against the democratic and internationally recognised Ukraine. Also, the recent bombing of the civilian population in Mariupol reaffirmed the nature of these organizations," he added.

Paet stated that inclusion of these organisations in the list of terrorist groups would not just have symbolic value, but also a clear practical reason, since supporting terrorist organisations is prohibited under United Nations Conventions.

"Hopefully the upcoming EU foreign ministers meeting will discuss including the Donetsk and Luhansk so-called People's Republics in the list of terrorist organisations, and will also make a decision," he said.