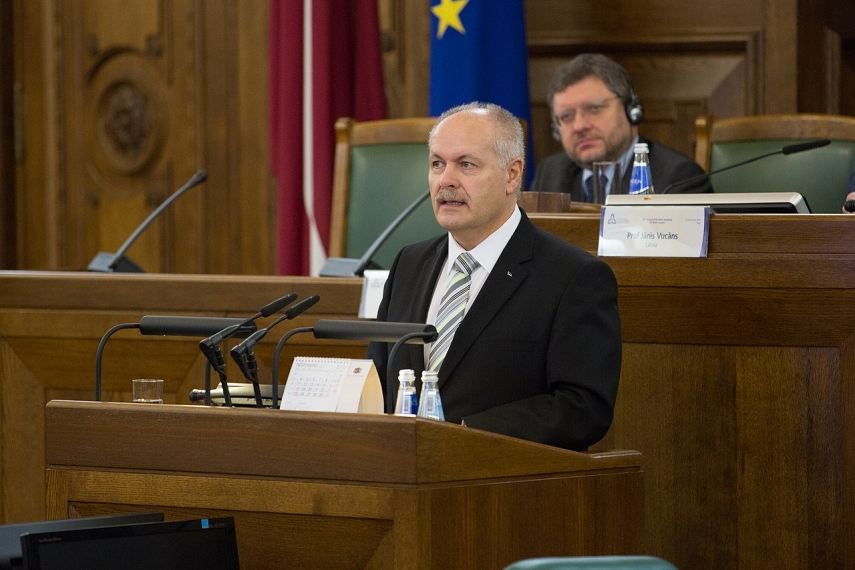 TALLINN - Speaker of the Estonian parliament Henn Polluaas is to visit on Tuesday the Amari air base, where he will welcome the personnel of the Polish Air Forces who started their service in the NATO Baltic air policing mission at the beginning of this year, spokespeople for the parliament said.

Polluaas emphasized that NATO's Baltic air policing mission was a part of collective defense for the preservation of peace and stability in our region.

"Estonia and Poland are firm allies both in NATO and in the European Union. We have similar historical experiences, values, and a common understanding of the current threats to security. We have a common neighbor -- Russia -- who has turned its back on international law and agreements, and is even trying to rewrite the real history to suit its own needs," the president of the Riigikogu said.

Polluaas said that the recent accusation against Poland for having started World War II is just one example of this, as are Russia's aggressions against Georgia and Ukraine.

"We are resolutely condemning all such actions," Polluaas said. "All this reminds us every day that the security threat from the East has not disappeared. This is why we welcome wholeheartedly the help of our NATO allies in defending our borders."

It is the first time Poland conducts air policing in Estonia. From January to April, the Estonian air space is guarded by four F-16 fighters of the Polish Air Forces. By today, 16 allies have contributed to the Baltic air policing. Nine of them have been based in Amari -- Belgium, Czech Republic, Denmark, France, Germany, Italy, Poland, Spain and the United Kingdom.