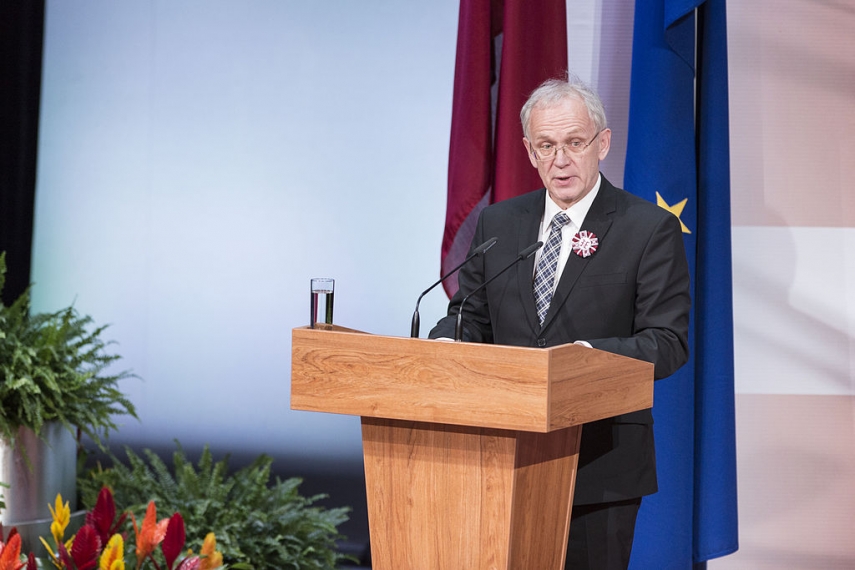 TALLINN - Social Democrat chairman of the Estonian parliament Eiki Nestor said, in answer to proposal made by the head of the Evangelical Lutheran Church (EELK), Archbishop Urmas Viilma, to amend the Constitution to make it state that marriage is a union between one man and one woman, that if even the Bible does not define marriage, the Constitution also should not do that.

"People live their lives the way nature has created them," Nestor told BNS on Friday. "And it doesn't really matter to two people who live happily together what is written in the Constitution. Several churches in different countries are honoring people's wishes and register the marriages of same-sex couples. The honorable archbishop sees that the same issue is in the air also in Estonia. The Constitution should not be included in a discussion happening in the church. It is not polite," he added.

Viilma on Thursday in a church service proposed amending the Constitution to make it state that marriage is a union between one man and one woman, and to then regulating the rest of partnerships with a special law.

On Friday Viilma said on social media in answer to Nestor that he is glad that Nestor has entered the conversation. "Then we can maybe move forward with a healthy and respectful discussion," Viilma said. "Unfortunately, I don't know who cited my speech in such a way to the honorable speaker, but I was cited as having made a proposal to define FAMILY. This was not in my speech. My proposal was to define MARRIAGE as a union between a man and a woman. An marriage is clearly defined in the Bible," Viilma said. He added that in his opinion it is rather rude if today's secular civil society tries to change the definition without considering Christians.

The Estonian parliament passed a gender neutral Registered Partnership Act in 2014 and the law stepped into effect at the beginning of 2016. The implementing provisions, or amendments to other laws, necessary for all the possibilities offered by the law to actually become available still need to be adopted by the legislative body.