Estonian MP - Paris attacks a declaration of war on Europe 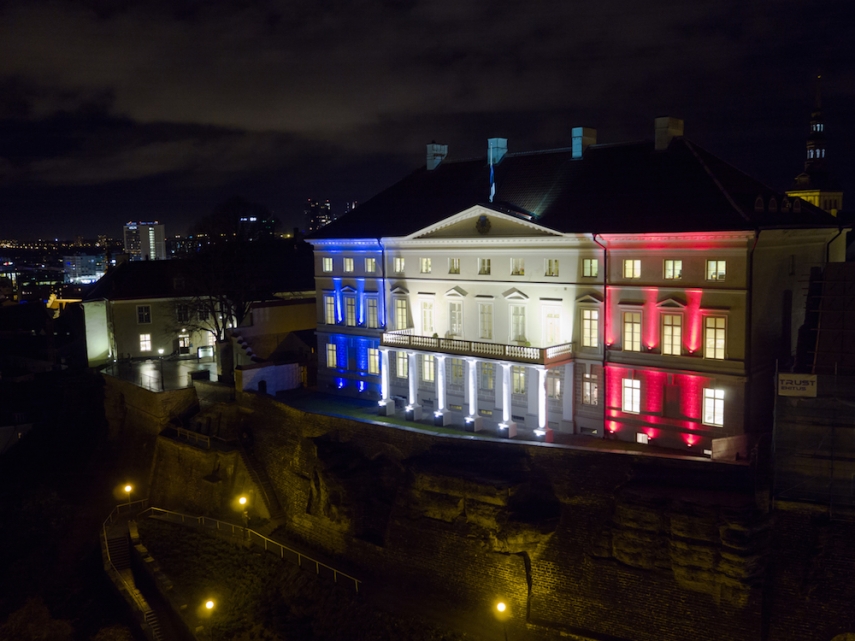 Stenbock house in the colours of the French tricolour [Image: Helin V]

According to Marko Mihkelson, Estonia’s chairman of the parliamentary national defence committee, the terrorist attack in Paris on November 13, 2015, was not only an attack against France but a declaration of war on Europe.

"If this is not declaring a war on Europe then what is it?” said Mihkelson. Therefore everyone has to react, and together.”

”The European Union and its allies must now draw rapid conclusions and make crucial substantive steps.

“The terrorists must know that they are facing a force that has no mercy and is capable of striking back.

Mihkelson said the EU must understand that Islamic extremism, including within the union, poses a very serious threat to European citizens.

Accordingly, the EU must develop a common strategy both for activities within its borders aimed at ensuring security as well as in foreign and security policy to counter the danger of attack.

The EU must do everything to finally take its external borders under control.

“Defending internal borders is not a solution when we are not able to ascertain who and for what reason is entering the EU,” Michelson continued.

"It will be possible to minimise the danger of such attacks within the union only when intelligence information is shared between countries and one takes active measures against terrorist networks.

It is also important to chart the main sources of the spread of Islamic extremism in the EU.

“Besides it's essential for the EU member states to resolutely increase their contribution to the fight against the Islamic State and its associate organisations as part of multi-national coalitions.

"This time a solidarity march on the streets of Paris is not enough. We are facing a long fight, literally, and Europe must be ready for it," he concluded.