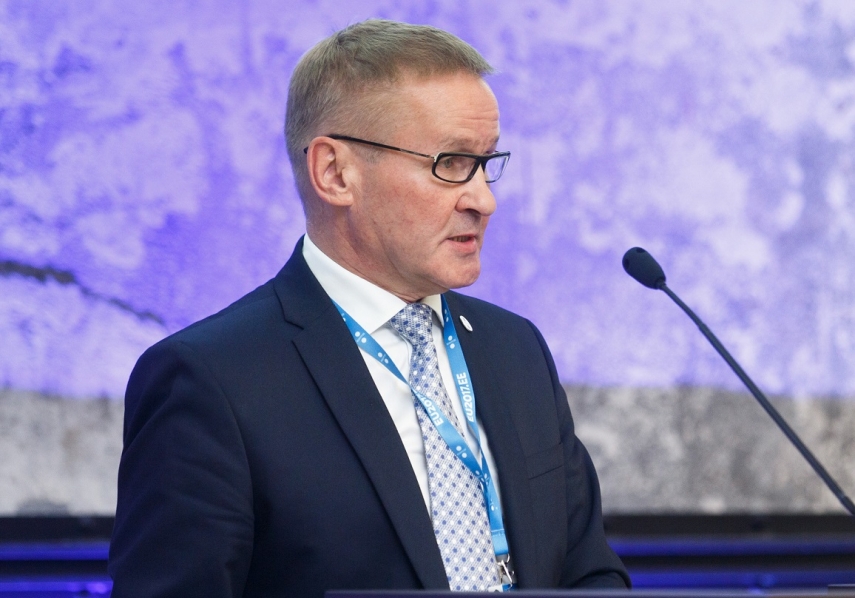 TALLINN – Minister of Public Administration Jaak Aab at a government sitting on Thursday gave an overview of Estonia's regional development strategy and the realization of action plans for East-Viru County and Southeast Estonia and said that regional differences still pose a great challenge.

"The monitoring report shows that regional disparities remain high in Estonia," the minister said in a press release. "However, progress has been made in employment and GDP growth, with indicators improving in Estonia as a whole," Aab added.

"However, we have made efforts to reduce regional disparities in Estonia. Slower-growing regions have received significant European Union and state budget support in recent years," the minister said. He added that regional support measures have also been introduced in places where it is necessary and possible.

"Unfortunately, it has to be noted that a more pervasive shift towards more even territorial development has not taken place. Regional differences are still taken into account too little in the implementation of national policies. This has to change," Aab said.

On the positive side, regional disparities in employment have decreased and local governments' capacity for development has increased. "Approximately 92 million euros was allocated in 2018 to support regional development projects in various regions through regional development support measures financed by the European Union's Structural Funds and the state budget," Aab said. "In turn, some 80 percent of this reached areas outside Harju and Tartu counties," he added.

Measures with a specific regional orientation being implemented in the framework of the Rural Life Development Plan 2014-2020 have also had a great impact on the development of rural areas.

According to the report, recent administrative and national reform activities have also made significant contributions to achieving regional objectives, above all, in achieving better administrative and developmental capacity in the regions. The preparation of new regional development strategies, which has been carried out with cooperation between local governments, has also contributed to the development.

"The Narva border crossing point and family houses of the Narva children's home have been completed, a border guard rapid response unit of the East Prefecture has been pieced together, a practice base for the Estonian Academy of Security Sciences has been established. The tourism concept for South Estonia has been drawn up and several investment projects have been completed with the help of various support measures," Aab said. "In addition, the implementation of a support measure for creating jobs in East-Viru County has ended and has been replaced with new regional labor market measures," he added.

The set goals have increased East-Viru County's entrepreneurial activity, life expectancy, volunteering and visiting as a tourism destination. In 2018, emigration from the county was at its lowest level in the last three years. However, while entrepreneurial activity, the employment rate and incomes have increased, the lagging behind of those indicators compared with the Estonian average has nevertheless increased.

When it comes to Southeast Estonia, there have been more positive changes in terms of employment and the improvement of migration in the region as well as a slower decline in population compared with demographic projections. At the same time, the income level compared to the rest of Estonia and the number of tourists and visitors has not increased to the expected extent in Southeast Estonia.