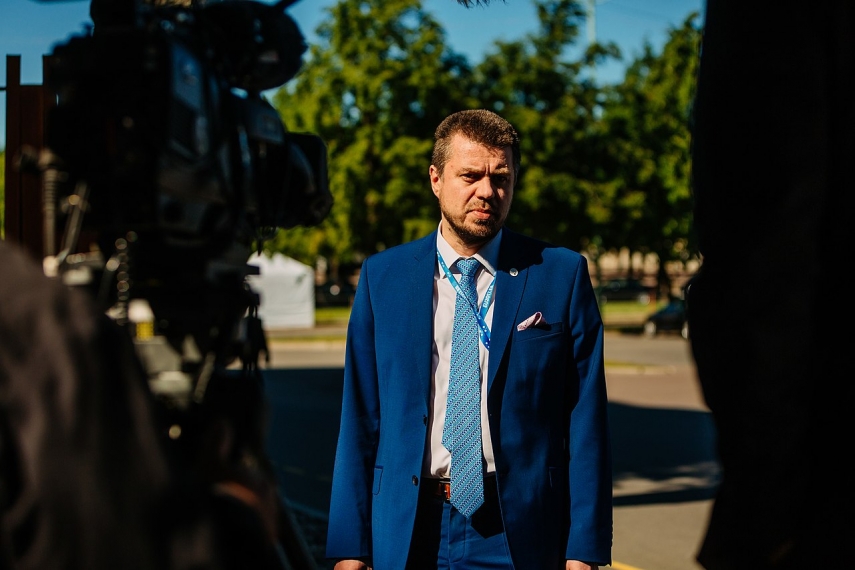 TALLINN - In a meeting of Estonian Foreign Minister Urmas Reinsalu with his Latvian counterpart Edgars Rinkevics on the sidelines of a meeting of the Council of Baltic Sea States in Latvia on Monday, the Estonian minister said that the actions of Russia in Ukraine constitute a direct attack on Ukraine' sovereignty and require a response from the European.

Speaking about Russia's continued actions in Ukraine and its decision to expedite the application for Russian citizenship for residents of Ukraine, Reinsalu said that they constitute a direct attack on Ukraine's sovereignty, and the European Union cannot stand idly by.

"We and our allies must take new steps to hinder Russia's actions in Ukraine," the Estonian Foreign Minister said according to  spokespeople.

The two foreign ministers also discussed bilateral relations between Estonia and Latvia and other topical issues.

Both ministers noted that the relations between the two countries are excellent.

"We share the views of our southern neighbors on both foreign as well as defense policy, and joint transport and energy projects are vital for the development of our region and bolstering our security," Reinsalu told his Latvian colleague, adding that Estonia greatly appreciates the contribution of its southern neighbor.

Reinsalu also congratulated Latvia on the conclusion of its successful presidency of the Council of the Baltic Sea States.