Estonian minister: Cybersecurity cooperation of Estonia, US has reached a new level 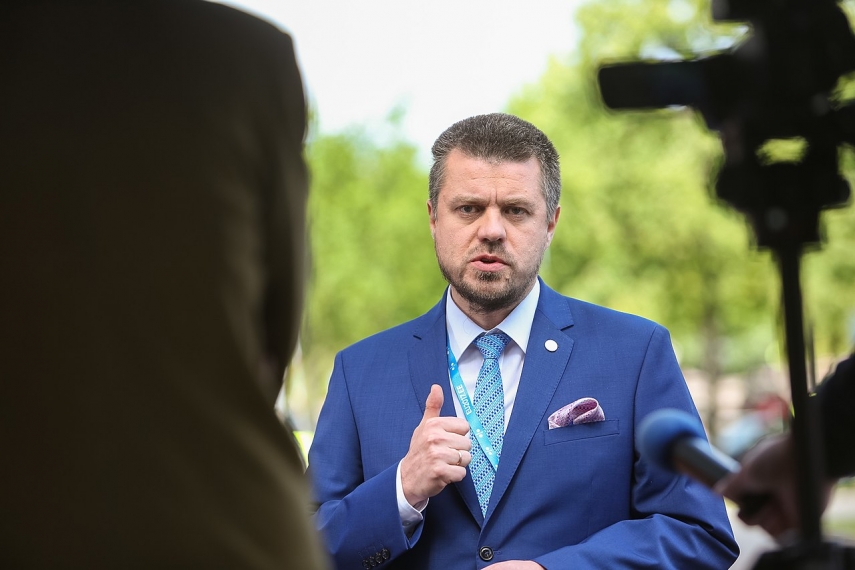 "When it comes to cybersecurity, little Estonia is seen as a superpower with a broad and strategic vision of the future of cyberspace," Reinsalu said according to spokespeople.

The minister said that Estonia and the United States will continue their close cooperation in protecting the stability of cyberspace and advocating cybersecurity initiatives in the UN, NATO and other international organizations.

"With our upcoming term as a non-permanent member of the UN Security Council, Estonia plans to raise awareness among UN members of the need to apply international law and cyber norms," Reinsalu added.

Estonia and the United States are members of the 2019 UN Group of Governmental Experts on Developments in the Field of Information and Telecommunications Security in the Context of International Security (UNGGE), which will, among other things, elaborate on how international law applies to state conduct in cyberspace.

Following the consultations held in Estonia, the Foreign Ministry of Estonia and the US Department of State affirm their shared vision of a secure and open cyberspace and a commitment to continued collaborative efforts in international security, cyber resilience and critical infrastructure protection, and combating cybercrime. They also seek to promote internet freedom and the multi-stakeholder approach to internet governance.

Estonia and the United States both envision a stable, global cyberspace, one in which all countries behave responsibly in cyberspace and are held accountable for their malicious cyber activity.

According to the statement, states that value stability should cooperatively respond to cyber incidents and work together to champion such efforts. As such, Estonia will work closely with the United States in the framework of international Cyber Deterrence Initiative; both Estonia and the United States also commit to work with other partners to deter, attribute and respond to malicious cyber behavior, including developing and swiftly imposing consequences against malign actors that cause destabilizing cyber incidents.

Estonia and the United States seek deeper collaboration across agencies to combat cybercrime, to increase the numbers of states parties to the Budapest Cybercrime Convention, further cyber defence, and build greater cyber resilience, as well as to exchange best practices and share information on emerging threats. Both countries prioritize cyber capacity building in developing and transition countries and look forward to coordination and cooperation opportunities.