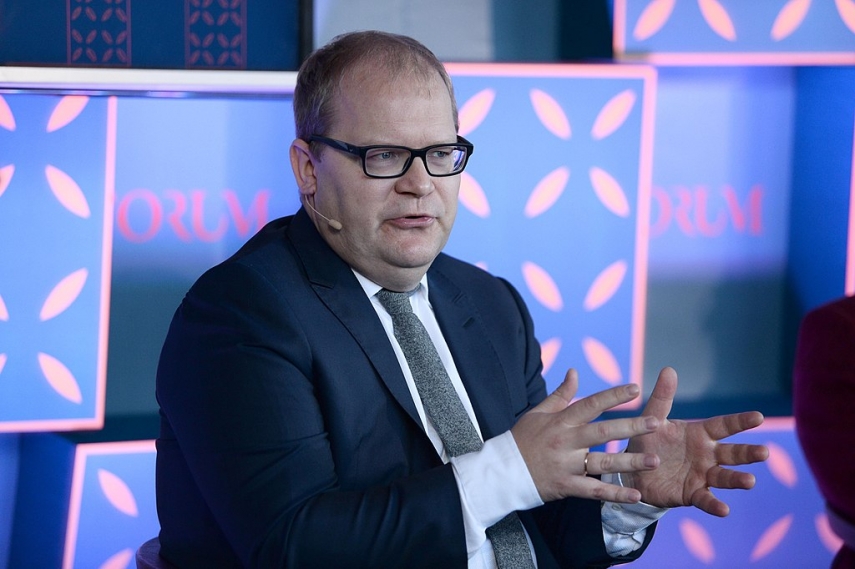 TALLINN – Estonian MEP and former foreign minister Urmas Paet said that the political forces of Estonia are fueling false alarm and panic around the UN Global Compact on migration and this way the effect of "the boy who cried wolf" may be established in the society.

Paet told BNS on Monday that encouraging panic around the UN Global Compact on migration may establish the so-called "boy who cried wolf" effect in society. "That is, should the society at one point actually need to pull itself together against a real threat, the society by then may have become so numb with false alarms and panics that it cannot recognize a real threat and take it seriously," the MEP said, adding that this is when there may be trouble.

Paet said that it is remarkable how it has been possible in the tense pre-election atmosphere to paint the UN Global Compact on migration into an immense monster in only a few days.

"This will bring the government to a deadlock as the head of one coalition party [Pro Patria chair Helir-Valdor Seeder] suddenly announces that he does not support it and the prime minister is simply quiet, this will also confuse the president and cause anxiety and panic for several others. Despite the fact that no immigrants will move anywhere and no state will have to change its laws and immigration policy on the basis of this UN paper. At the same time, there aren't many who would deign to delve into what the talk is actually about," Paet said. "This is another of UN's papers that goes over the causes and outcomes of migration and at that emphasizes the sovereignty of countries and human rights. In addition, this agreement is not binding and does not obligate any country to change laws. But as this is a very serious problem in the world, attention must be drawn to it and a high-level conference must be held where representatives of the countries discuss how they see this issue," he said.

"But yes, the government could have sensed that the word 'migration' is sensitive and may cause furor and will be caused either way. This is why it would have been sensible to preemptively draw the attention of both the parliament and the public to it and adequately explain what it is about. Unfortunately, this was not done and the matters were allowed to flow on their own," Paet said.

"Moreover, this text was prepared for approximately two years with the participation of nearly all UN member states, including the participation of the Estonian government. It is all the more cynical, then, for the members of the same government to alarm the society as if they now do not know anything," the MEP said. "Neither domestic nor foreign policy can be carried out in such an irresponsible manner. The unjustified fears of people must be mitigated, not ignited further. And it is important to talk about content and facts, not simply give a boost to emotions as this may beneficial to someone in the elections."

Paet emphasized that this UN document will not change anything in reality. "The reasons for migration exist in real life and must be dealt with in real life. For example, by preventing wars and reducing poverty. A migration policy is for every state to draw up on their own. This is how it was and will be after the UN migration conference in December. This UN document does not pose a threat to the sovereignty of Estonia or anyone else," he said.