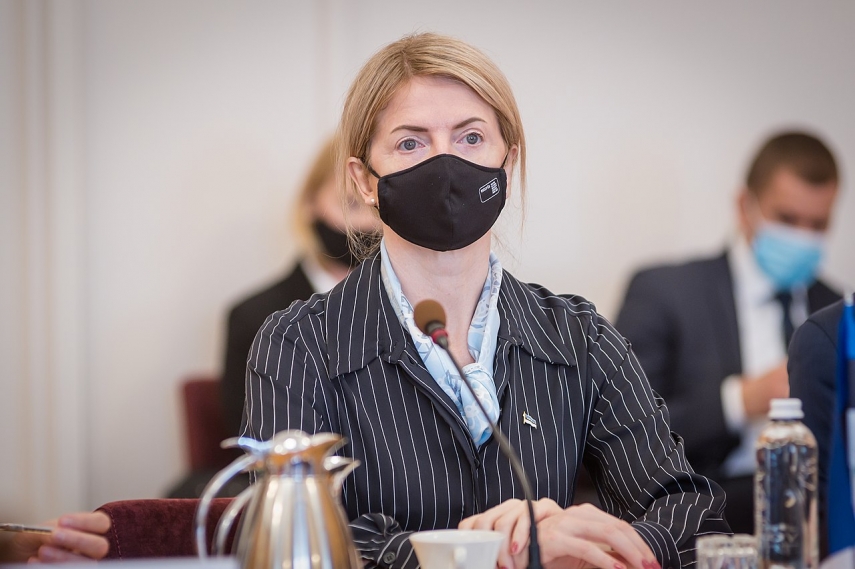 TALLINN - Government ministers of Estonia and Poland discussed on Tuesday cooperation in foreign and security policy and in EU affairs.

Estonian Minister of Foreign Affairs Eva-Maria Liimets met with her Polish counterpart Zbigniew Rau and Poland's Minister for European Affairs Konrad Szymanski in Warsaw. Estonia and Poland are celebrating the centennial of their diplomatic relations this year as well as the 30th anniversary since the restoration of diplomatic ties.

Liimets and Rau discussed bilateral and regional relations, foreign and security policy issues as well as the situation in Russia and in the Eastern Partnership states.

"Poland is an important partner and ally for us with whom we work together to ensure the security of our region both in the European Union as well as in NATO. We greatly appreciate Poland's contribution to NATO's Baltic air policing and its participation in our annual Kevadtorm [Spring Storm] large-scale exercise of the defense forces," Liimets said.

The ministers also spoke about the importance of transatlantic relations and agreed that the United States has an irreplaceable role in ensuring the security of Europe and the region. Liimets and Rau also discussed the increasing isolation of Belarus following the decision by the regime of Alexander Lukashenko to leave Eastern Partnership, and expressed their concern over the regime's repressions against the civil society. Speaking about relations with China, Liimets highlighted the importance of a united approach and policies by the EU.

The two foreign ministers also discussed economic cooperation and regional infrastructure projects as well as opportunities for joint action in cyber affairs and in the Three Seas Initiative.

"We both attach great importance to regional cooperation, both in terms of developing our transport network as well as in ensuring the region's energy security. I am pleased that we've successfully acted together in the Three Seas Initiative. Estonia deems it important to deepen relationships with its strategic partners and to strengthen the Three Seas Initiative Investment Fund," Liimets said.

The ministers also discussed cooperation opportunities in the areas of innovation, the green turnaround and new technologies.

Liimets also met with the Polish minister for European affairs, Konrad Szymanski. Topics discussed at the meeting included current EU affairs, such as the Conference on the Future of Europe, EU enlargement and migration issues. Liimets said that with regard to the future of Europe, it is important to listen to the citizens and focus on issues they deem important.