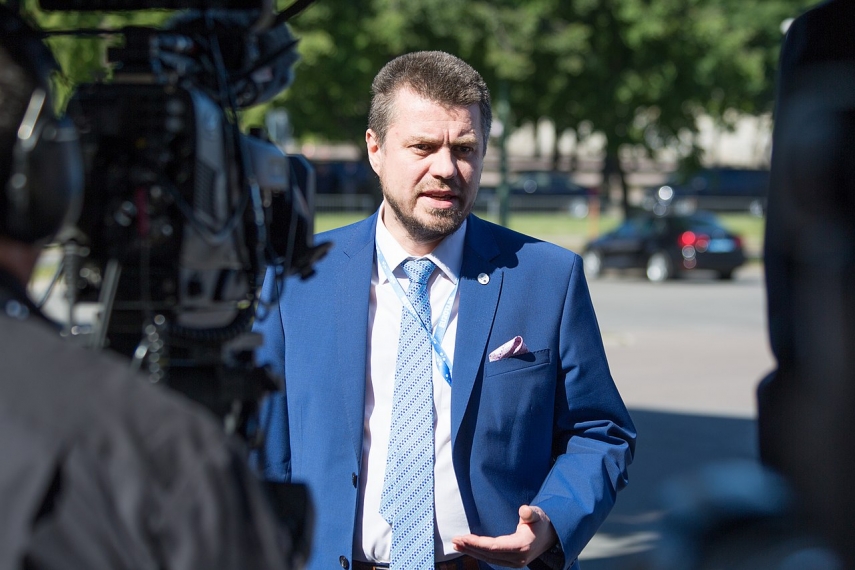 TALLINN - Estonian Minister of Foreign Affairs Urmas Reinsalu expressed concern on Wednesday in relation to Turkey launching military operation in northeastern Syria, which according to the minister may undermine the United Nations' joint efforts in the region and reinvigorate Islamic extremists, spokespeople for the Ministry of Foreign Affairs said.

"We are concerned about Turkey's military operation in northeastern Syria, which further damages stability in the whole region. We are calling on Turkey to end its unilateral military action and prevent civilian casualties and further deterioration of the humanitarian situation," Reinsalu was quoted by the ministry as saying.

"Turkey, our ally in NATO, undoubtedly has security concerns with regard to terrorism; however, political and diplomatic solutions should be sought to the tensions in the region," the minister said.

"It is clear that a political resolution has to be found to the protracted conflict in Syria through efforts in the United Nations. The operation that has begun, however, may severely damage these efforts and provide fresh impetus for Daesh. Turkey is an important partner for Europe in curbing migratory flows. There are millions of Syrian refugees in Turkey, who have fled from the war and their return must be safe and in conformity with international rules," Reinsalu said.

Turkey on Wednesday evening launched a ground attack on Kurdish-held territories in northeastern Syria, after Turkish warplanes and artillery had pounded Kurdish YPG targets with air strikes and artillery barrages.