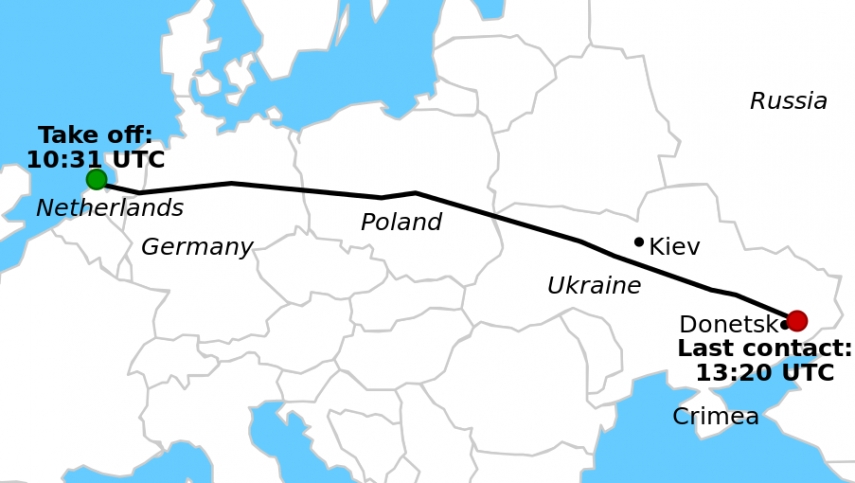 TALLINN - Estonia considers the investigative report published Thursday concerning the shooting down of the Malaysia Airlines Flight MH17 above eastern Ukraine to be clear evidence of Russia's participation and wants those who caused the catastrophe to be held accountable, Foreign Minister Sven Mikser said.

"The report is definitely very clear evidence of the Russian armed forced being directly involved in the shooting down of MH17, which they have denied so far," Mikser told BNS on Friday. "This means that Russian authorities must cooperate -- which they have not done so far -- to ensure that the culprits are held accountable," the minister said.

"In a broader sense, this once again proves Russia's direct participation in the Ukrainian conflict. I believe that this is also considerable evidence of the extent of the Russian armed forces' involvement in what is happening in eastern Ukraine," Mikser said.

The minister commended the statement made by EU's foreign policy chief Federica Mogherini on Friday, in which she called for Russia to admit its responsibility. "[European Union's foreign policy] chief has issued a very clear and concrete statement, these principles can definitely only be agreed with," Mikser said.

The minister said that the issue will also be discussed at a meeting of the European Union's Foreign Affairs Council to be held in Brussels on Monday. "We will thoroughly familiarize ourselves with the stances of all colleagues and discuss this issue in detail on Monday and after that it will be possible to speak more specifically what to do in order to ensure that all those responsible are held accountable," Mikser said.

"It is clear that the Russian authorities have not carried out the necessary cooperation to determine the trusth and hold accountable those responsible. This must definitely also be very resolutely demanded," Mikser said.

The Malaysia Airlines flight MH17 en route from Amsterdam to Kuala Lumpur with 298 passengers and crew on board was downed on July 17, 2014. All those on board were killed, 196 of whom were citizens of the Netherlands. Citizens of altogether 17 countries were on board the aircraft.

The team that investigated the incident announced on Thursday that "the plane had been destroyed by a Russian-made Buk missile, adding that it had been supplied by the country's 53rd anti-aircraft brigade in Kursk" and that the Netherlands and Australia, countries with the most citizens abroad the aircraft, said on Friday that they hold Russia responsible in the downing of MH17.