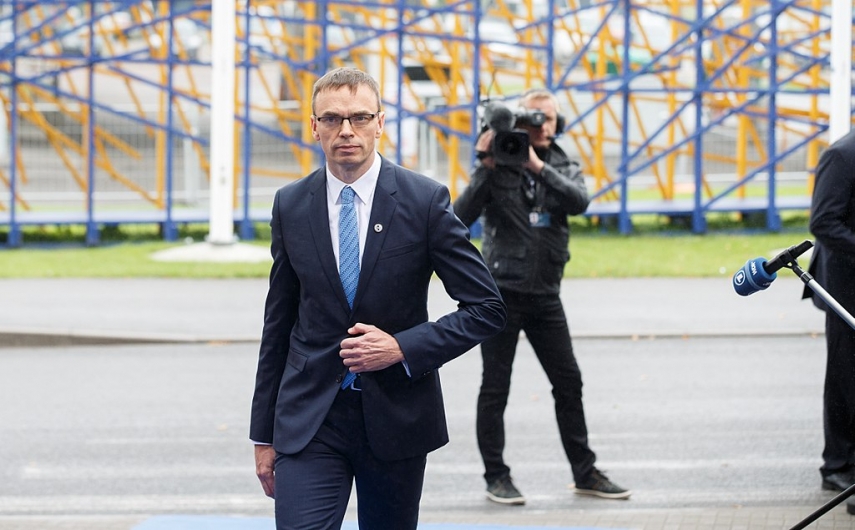 TALLINN - Estonian Foreign Minister Sven Mikser has assumed an indirectly opposing stance to European Commission President Jean-Claude Juncker, commenting on the latter's pro-Russia statement by saying that the behavior of the current leadership of Russia is setting limits to communication with Moscow.

"The strength of the European Union lies in respecting democracy, the rule of law and fundamental freedoms. The fact that the leaders of today's Russia do not share the same basic values definitely sets limits to how Europe can communicate with the Kremlin," Mikser said in his comment forwarded by the Ministry of Foreign Affairs. "Only when the leaders of Russia start to follow the generally accepted principles of international law can we start to speak about communication 'on an equal footing'," the minister said.

Juncker in an interview to Dutch outlet Trouw published on Saturday said that he considers Russian President Vladimir Putin "his friend" and said that there is no security agenda for Europe without Russia and that contact with Russia must be reestablished.

"Europe must speak with Russia strongly, uniformly and from a position of principle, while we must speak about Russia honestly and without excessive wishful thinking. I agree with Juncker's acknowledgement that Russia plays a significant role in Europe's security, but this role today is regrettably predominantly negative," Mikser said.