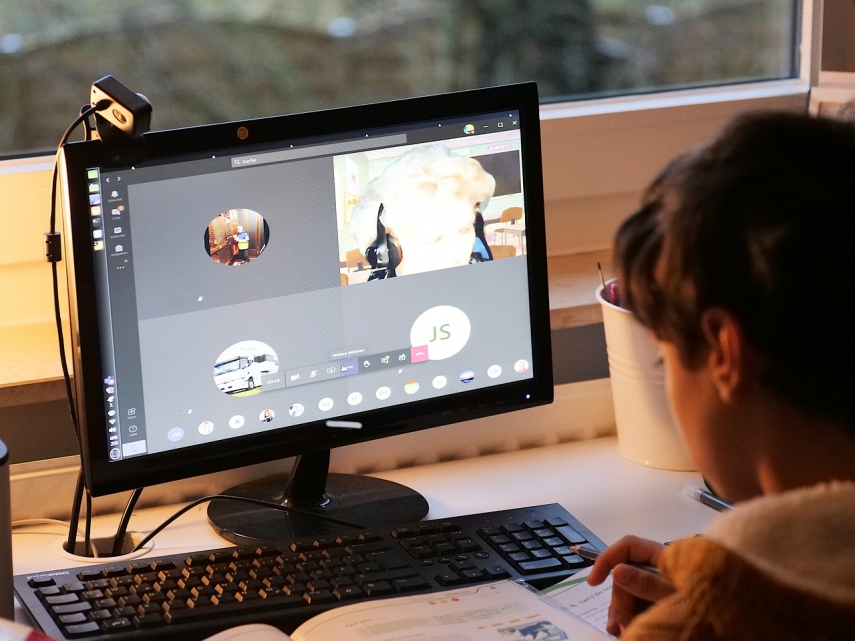 TALLINN - Estonian Minister of Education and Research Liina Kersna emphasized the importance of contact learning at the teachers' convention on Monday as a quarter of students struggled with distance learning.

According to Kersna, the Ministry of Education and Research is not the only one whose firm desire is to keep schools open, and it is a joint effort. "Long-term distance learning also has negative effects and has created gaps in learning," Kersna said, adding that a quarter of students were found to have difficulty studying at home.

Looking at exam results, it can also be seen that the study results have deteriorated. For example, the results of the math exam were 8.5 points lower than usual. The decrease in the Estonian language exam was 5 points.

"The nice thing is that the results of the state exams were not significantly lower, but the decline was noticeable," Kersna said.

She added that the coronavirus period has also affected the mental health of children and young people. "A satisfaction survey found that approximately half of 11th grade students said they often or always feel fed up with everything. Altogether 37 percent of 7th graders said the same. Fortunately, the lower the school year, the more satisfied the students were," Kersna said.

Young girls were more stressed about mental health. A third of them said they lived in constant stress, while a fifth of the boys said so.

According to her, the most effective way to keep schools open is the vaccination of school bodies. In general education schools this indicator is already at least 80 percent, but in universities it is over 86 percent, in hobby schools over 70 percent and in kindergartens over 65 percent.

The state has set a goal that the vaccination level of educational staff must be over 90 percent by the end of October.

According to Kersna, it is also important that students get vaccinated. "We have agreed that everyone interested can conveniently get vaccinated in general education schools," the minister said.