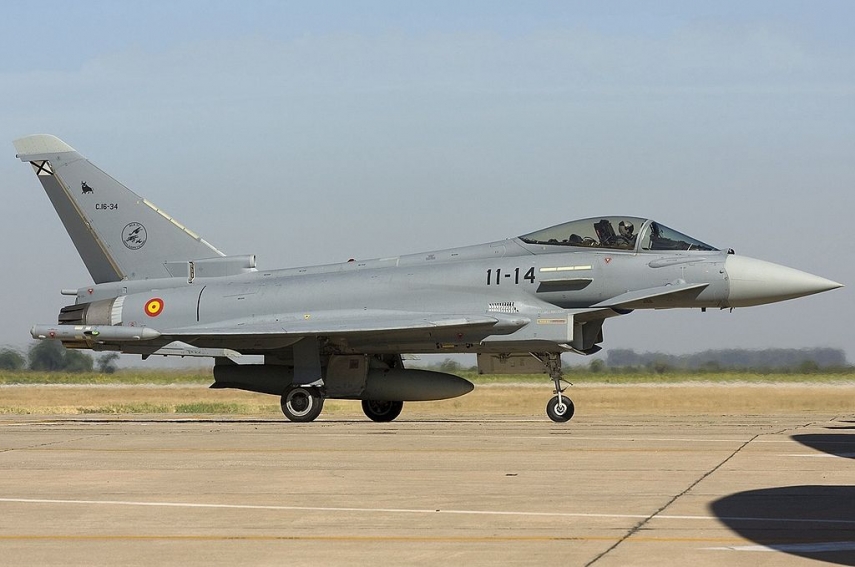 TALLINN - The Estonian Defense Forces decided to conclude active search for an air-to-air missile accidentally fired by a Spanish Air Force jet on the Baltic air policing mission in the Estonian airspace on Aug. 7.

"All theoretical detection locations have been thoroughly searched on the terrain. We have used three helicopters, five patrols and chains of a 50-member unit on the terrain as well as mine clearance experts of the defense forces and the Rescue Board and mini drones of the Air Force," commander of the Air Force Col. Riivo Valge said in a press release. He added that the location of the missile has not been detected, although all reasonable resources have been exhausted.

According to Valge, a conclusion has been reached that further search is no longer practical since the likelihood of finding the missile is small, but if new information is received the search would continue.

It is still unclear what happened to the missile after it was fired -- it might have exploded in the air or could have hit the ground and exploded then, Valge said. He added that it also cannot be ruled out that the missile hit the ground, but did not explode, in which case it is extremely important that whoever finds it notifies the rescue center.

On Aug. 7 at 3:44 p.m. a Spanish Eurofighter on NATO Baltic air policing duty accidentally fired an air-to-air missile in a north-northwesterly direction while over Pangodi in the Estonian airspace, six kilometers off the ground. Circumstances of the incident will be determined in an investigation.

The incident is being investigated by an Estonian air safety specialist and the Spanish Air Force. Additionally, a joint work group of the Ministry of Defense and the Ministry of Economic Affairs and Communications has been set up to assess guaranteeing civilian safety during air exercises.