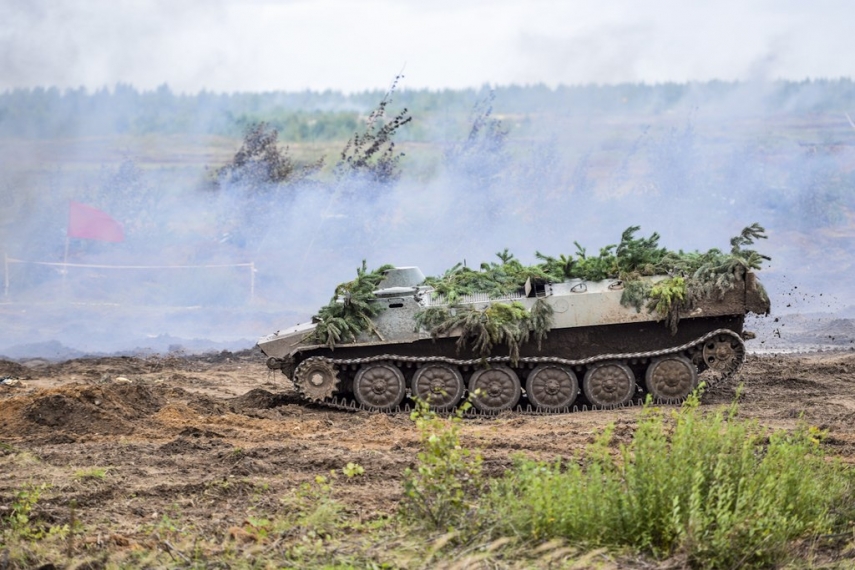 "Let me be clear: With the exercise Zapad 2017 Russia simulated a large-scale military attack against NATO. It was not targeted towards the Baltic states only as it was a theatre-wide series of exercises spanning from high North to the Black Sea. The scale and extent of the entire exercise was far greater than officially stated," Terras said.

Das Bild recalled that on Dec. 19 it reported, based on two NATO member intelligence sources, that the Russian September drills were a "dry run" for a "full-scale conventional war against NATO in Europe." It said that prior to the interview with Terras, no official confirmation of Bild's reporting was provided.

According to the sources cited in the December report, the drill rehearsed the capture of the Baltic states and Belarus as well as a "shock campaign" against Western European NATO nations such as Germany and the Netherlands, but also against Poland, Norway and the non-aligned states of Sweden and Finland.

Also NATO Secretary General Jens Stoltenberg has said that the scale and geographical scope of Zapad 2017 significantly exceeded what Russia had previously announced.