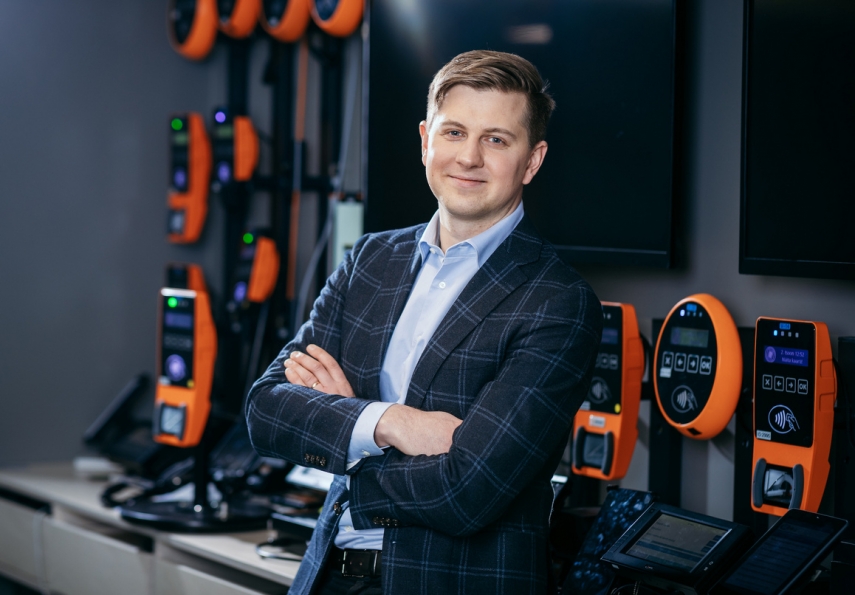 To make it easier for residents to move around the city in already difficult conditions, for surface public transport Kyiv now uses a swipe payment solution created by an Estonian technology company Ridango.

“It is very important for the people of Kyiv that they can continue their daily activities as efficiently as possible even in the conditions of war, and in a big city, the comfortable functioning of public transport plays a significant role in this. To make it possible, we have developed a solution where passengers can confirm their right to travel by simply swiping a bank card, a phone, or a smart watch. The solution works in buses, trams, and trolleybuses, helping Ukraine move towards a better future,” said Vahur Viigimäe, project manager at Ridango.

Public transport in Kyiv stopped on the first day of the war, and it was decided to start it again on a symbolic date – May 9 this year. At the moment, street transport runs in a slightly reduced volume compared to pre-war times. “Every day, 1 million trips are validated, 29-30 million per month. This is half as much as before the war, but it is clear that the people of Kyiv are in dire need of convenient public transport,” Viigimäe added.

Viigimäe noted that the challenges in creating a solution for public transport in Kyiv were also technical: “They use the so-called Kyiv cards, which, in addition to having a banking application, are also used in transport services. Most holders of these cards have the right to travel free of charge. Therefore, it was necessary to ensure that such persons do not have to pay the fare.” The Ridango payment solution supports MasterCard and Visa cards (including virtual ones), and at the end of the year, support for Prostir cards, domestic payment cards of Ukraine, will also be added.

Ridango is a rapidly growing Estonian technology company. “Our ambitious goal is to become the world’s leading provider of smart transport systems and a well-established group of technology companies related to the public transport sector by 2026,” said the chairman of the management board of Ridango Erki Lipre.