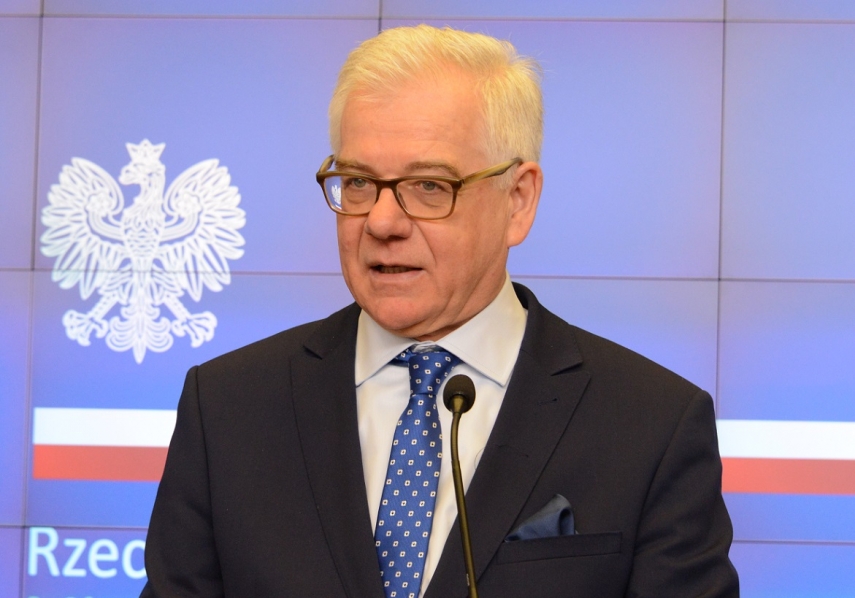 TALLINN - In their meeting in Warsaw on Friday, Estonian Foreign Minister Urmas Reinsalu and Polish Foreign Minister Jacek Czaputowicz talked about relations between the two countries, security policy issues, territorial integrity of Ukraine and Georgia, and the status of Russia in the Council of Europe.

Reinsalu acknowledged Poland's resolve and consistent support in the policy visa-a-visa Russia in the European Union, spokespeople for the Estonian Foreign Ministry said.

"Unfortunately, Russia is working against the implementation of the Minsk agreements. We must not become onlookers in a situation where an aggression continues in Ukraine or the situation in the occupied ares in Georgia deteriorates," Reinsalu said.

The foreign ministers also dealt with the topic of defense cooperation between Poland and the United States and possibilities for greater involvement of Estonia in the presence of US troops in Poland.

"We welcome a potential increase in the number of US troops in Poland, which will offer better opportunities for Estonia to engage in  military cooperation with the United States," the Estonian minister said.

"We need a new vision and direction for how to move on with the subject of Eastern Partnership after 2020 when the roadmap adopted three years ago expires," Reinsalu said. "Poland has demonstrated good leadership and it is Estonia's duty to express support and involve also other member states of the European Union so that the Eastern Partners had a clear track along which to proceed towards Europe," he added.

Reinsalu described Poland as a key country of the region when it comes to Estonia's security.

"We share the same understanding of threats and our regional security situation," the minister said. "We value the contribution of Poland to the NATO Baltic air policing mission, as part of which they will be at Amari with their planes at the beginning of next year," he added.

At the end of the meeting also the topic of Rail Baltic was touched upon, the implementation of which can happen only in collaboration with Poland, the spokespeople in Tallinn said.