Estonian, Latvian and Polish musicians begin their unique piano evening with a homage to Ukraine 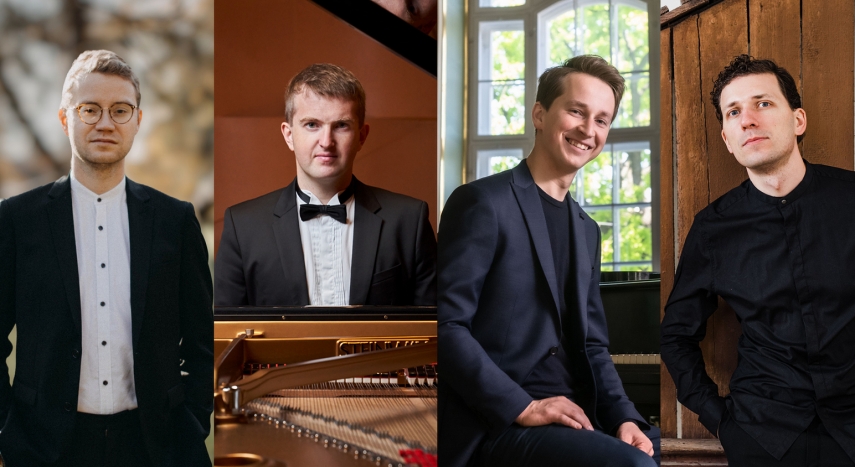 On Thursday, March 17, four talented pianists from Estonia and Latvia will meet on the stage of the Estonia Concert Hall to perform all of Bach’s piano concertos for two, three, and four pianos. The evening will begin with a tribute to Ukrainian music when Melody by Myroslav Skoryk is performed in a joint performance.

The repertoire consists of three concertos for two pianos, two concertos for three pianos, and a rarely performed concerto for four pianos. Pianist Sten Lassmann says that performing all of Bach’s piano concertos is undoubtedly a gigantic, yet engaging and listener-friendly endeavor. The most exciting challenge for the musicians is the concerto for four pianos. ‘Listening to us playing altogether, it is easy to lose track of who plays what part but that is the goal – to combine everything into a fantastic musical fabric,’ says Lassmann.

Bach’s harpsichord concertos date back to the time he conducted the music association Collegium Musicum at the University of Leipzig whose orchestra performed weekly at the Zimmermannsches Kaffeehaus. It is possible Bach shared the stage with his sons Wilhelm Friedemann, Carl Philipp Emanuel, and Johann Gottfried Bernhard, all of whom were talented keyboard players. With his solo concertos, Bach developed a model that combines the sparkling Italian virtuosity with German polyphonic thinking.

At the venue, cash donations can be made to support Ukrainian war refugees.